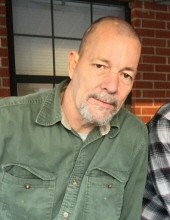 Mr. Jeffery Lee “Jeff” Burr, 56, died Thursday, October 1st, while a patient at Atrium Health Union in Monroe, NC. A memorial service to celebrate Jeff’s life will be held at 4PM Saturday, October 17th , at Leavitt Funeral Home. The family will greet friends prior to the service beginning at 2:00PM. A native of Anson County, Jeff was born December 3, 1963, a son of Dorothy Honeycutt Burns. He had worked mostly in the timber business as a logger. Survivors include his wife of 32 years, Linda Twitty Burr of the home; two sons, Justin Whitley of Polkton and David Burr (Tarka) of Albemarle; two daughters, Kimberly Burr of the home and Misty Burr of Lilesville; a step-son, Scott Whitley of New Salem; and two grandchildren, Hailey and Braden. Also surviving is a step-brother, Chris Smith of Wadesboro; step-sisters, Rosa Clark of Atlanta, Mae Smith (Charlie) of Atlanta, Eliza Cofield (Burkhard) of Atlanta, Retha Little (Tim) of Lilesville, and Ann Scott of Lilesville. In addition to his mother, Jeff was preceded in death by his brother, David “Toby” Burr.
To order memorial trees or send flowers to the family in memory of Jeffery Lee "Jeff" Burr, please visit our flower store.
Send a Sympathy Card