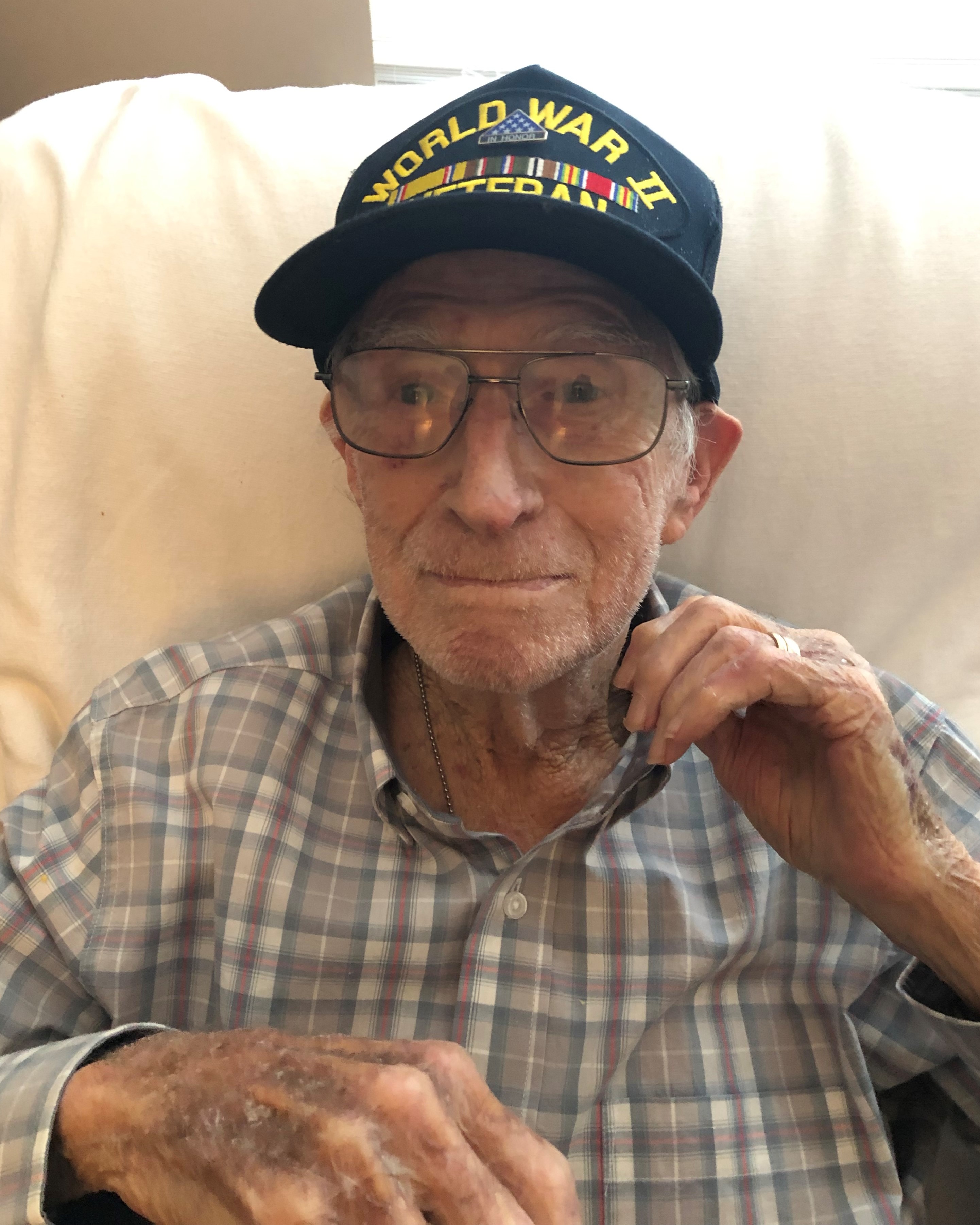 Eternal Father, strong to save, whose arm does bind the restless wave,
Who bids the mighty ocean deep its own appointed limits keep;
O hear us when we cry to Thee for those in peril on the sea.

A graveside service to celebrate Leon's life will be held at 3:00pm on Wednesday, October 26, 2022 at Richmond County Memorial Park Cemetery. At the request of the family, those attending the service are asked to dress casual.

Born in Concord, NC, on Christmas Eve 1926, Leon was the oldest of three sons born to the late Jesse Bascom Baker and the late Josie Belle Bullard Baker.

During WWII, Leon was called to serve in the US Navy. Following his basic training, he was stationed at several naval ports around the world before being assigned to the gearing class destroyer, the USS Bausell. He was extremely proud of his military service and later in life enjoyed regaling those who would listen about his adventures as a seaman.

In 1950, Leon married a beautiful young lady by the name of Mary Agnes Russell. They were blessed with three children - Deborah Gail, Michael Leon, and Jeffrey Scott. Leon and Mary Agnes shared 40 years of marriage and memories before she passed away. Keenly aware that Leon would struggle to make it on his own, Mary Agnes instructed her best friend to help him find someone who would love and be kind to him. Following through to the letter with these instructions, Leon was introduced to Virgina Jones Caulder and they shared an instant connection! Following their marriage in September of 1991, Leon and Virginia shared 28 years of marriage before Virginia's death in April of 2020. Together they attended Jesus First Freewill Baptist Church and later the Church of God of Prophecy in Rockingham. They shared many of life’s mountaintop experiences that included some extraordinarily wonderful memories with family. Leon often referred to his first wife, Mary Agnes, and his second wife, Virginia, as his two earthly angels and said God couldn't have given a more perfect wife, but He did it twice in one lifetime for Leon!

Leon spent many years working with JC Penny and later with K-Mart Stores as a supervisor where he eventually retired. While his health allowed, he enjoyed regular trips to Holden Beach and visiting with family in Florida. Leon developed a particular passion for Bingo, enjoyed riding his bicycle even into his 90's, listening to the birds sing and enjoyed his cat who he claimed was “the smartest cat in the world.”

Leon will likely best be remembered as a strong willed, independent and ornery, sometimes grouchy sort of fellow. He had a tough exterior and often came across as sharp at times but more recently had begun to show a softer, kinder side.

He especially enjoyed recent visits with his great-grandson, Caleb. He would light up when Caleb stopped by with a meal or a visit. Leon joked that Caleb got his good looks from his “Pepa”…well, we think he was joking!

In addition to his parents, Leon was preceded in death by both his “angels”, Mary Agnes and Virginia; all three of his children, Debbie Baker Griggs (Donald), Michael Leon Baker, and Jeffrey Scott Baker (Brenda); and Leon’s two younger brothers, Clyde Baker and Bob Baker.

Leon’s family is grateful to the staff of Fox Hollow Senior Living in Pinehurst and the FirstHealth Hospice and Palliative Care for their kindness and attention given to Leon during his time spent in their care.

The family suggest memorials may be made to FirstHealth Hospice & Palliative Care, 251 Campground Rd., West End, NC 27376 or to the charity of one’s choice.

To order memorial trees or send flowers to the family in memory of Jesse Leon Baker, please visit our flower store.