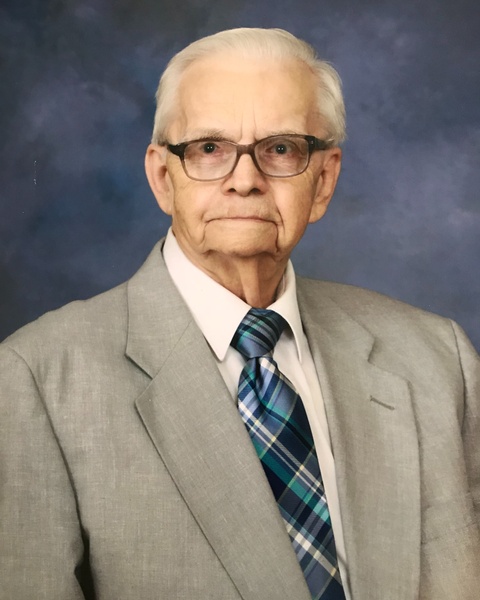 WADESBORO - On Monday, October 3, 2022, Mr. John Clark "Jay" Bennett, 90, beloved husband, father and grandfather, passed away peacefully to be with his Lord at Atrium Health Union in Monroe.

The family will greet friends one hour prior to the service Sunday at the church.

Jay was born July 21, 1932, in Anson County, NC and was a son of the late George Wilson Bennett and the late Mary Elizabeth Moore Bennett. He was a graduate of Deep Creek High School and Palmer Business College in Columbia, SC, receiving a Bachelor of Science degree in accounting. He was a veteran of the United States Army.

He had a long career in plywood sales, having worked for Winnsboro Plywood Company and later, owning and operating, Tri-Wood Products.

Jay had a very strong faith and was a member of First Baptist Church, Wadesboro where he has served as a deacon and Sunday school teacher.

Left to cherish his memory are his children, Fonda Suits and husband, Carl of Moseley, VA, Ann Bennett of Lexington, SC and Stan Bennett and wife, Jennifer of Bedford, VA; and his grandchildren, John Suits of Alexandria, VA, Gracen Bennett of Irmo, SC, Steven Bennett of Roanoke, VA and Eva Bennett of Brooklyn, NY.

Jay, among his greatest joys was that of spending time with his family and being able to help them in times of need. He was an avid bridge player, coached Royal Ambassador Basket Ball and refereed in Columbia, SC and volunteered with Meals on Wheels through Grace Senior Center in Wadesboro.

In addition to his parents, he was preceded in death by his wife, Betty Waddell Bennett and his brothers, George Bennett, Jr. and Carl Bennett.

To order memorial trees or send flowers to the family in memory of John Clark "Jay" Bennett, please visit our flower store.