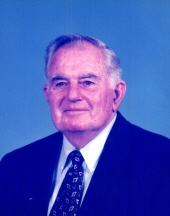 LILESVILLE Mr. John Clyde Neal, Jr., 93, died Friday, February 15, 2019 at his home. There will be a memorial service at First Presbyterian Church, Rockingham at 2:00pm Sunday, February17, 2019 with Rev. Dwight Williams officiating. The family will greet friends following the service in the fellowship hall of the church. John was born May 3, 1925 in Stanly County, NC and was a son of the late John Clyde Neal, Sr. and the late Monte Liles Neal. He is survived by his wife of 68 years, Catherine Downer Neal of the home and his children, Wm. Liles Neal (Sandra) of Concord, Stephen D. Neal of Lilesville, Julie Neal Poplin (Mike) of Ellerbe, nine adventurous grandchildren, Katie Poplin, Elizabeth Poplin Revels, Jennifer Neal, Allan Neal, Michael Poplin, Laura Neal, Liles, Jr, Andrea Neal Pocoroba, Christopher Neal; and five great-grandchildren, Dominic and Gabriel Pocoroba, Ashlynn and Emma Poplin-Revels and Max Poplin Davis; sister, Mary Frances Gilmore (Jim) of Polkton, sister-in-law Jane Neal of Morganton and numerous nieces, nephews and extended family including Kelli Noble and Lela Spriggs In addition to his parents, he was preceded in death by his son, John C. Neal, III and brother, H. Douglas Neal. John was a WWII Navy Veteran and privileged to be a member of the task force that liberated American Prisoners of War in Japan and China. He was employed by Carolina Power and Light at the Blewett Falls plant for over 39 years (1946-1985 and retired as superintendent. He lived a full life sharing adventures on the Pee Dee River with all who knew him. He was an active member of First Presbyterian Church, Rockingham where he had served as a Deacon and Elder. Forestville United Methodist Church in Lilesville was his home church and remained a special part of the lives of John and his family. He was a member of the Kilwinning Masonic Lodge #64 for nearly 70 years and at the time of his death was the oldest member of the lodge. He was an avid fisherman, gardener and innovative project manager. In lieu of flowers, memorials may be made to First Presbyterian Church, 904 Fayetteville Rd., Rockingham, NC 29379 or Richmond County Hospice and Anson Community Hospice, 1119 US 1 N, Rockingham, NC 28379. The arrangements are in care of Leavitt Funeral Home. Online condolences may be made at www.leavittfh.com Visitation following the service: 904 Fayetteville Road Rockingham, NC 28379 Sunday February 17, 2019 First Presbyterian Church, Rockingham
To order memorial trees or send flowers to the family in memory of John Clyde Neal, Jr., please visit our flower store.