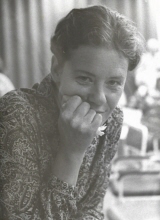 MORVEN - Jonny Lou Boling Trotti died peacefully at home in Morven, North Carolina on January 7, 2019, after several weeks of care by family, friends, and hospice. Jonny was preceded in death by her husband, David Lawrence Trotti (1937-2015), and her parents, Lula May Thomas Boling (1905-2004) and John Lawrence Boling (1909-1996). Jonny Lou was born June 26, 1942, in Anadarko, Oklahoma. Early in life Jonny attended Oklahoma "country rural" schools with her mother as teacher. In 1951 Jonny moved with her family to West Columbia, Texas and then in 1953 the family moved to Alvin, Texas where Jonny completed her middle school and high school education. In 1958 Jonny graduated High School summa cum laude at age 16. She attended Sam Houston College. From 1958-1960 Jonny and David courted. On January 18, 1961 Jonny married David Lawrence Trotti in the Church of Christ in Alvin, Texas where they had first met. Davids military assignments began and he and Jonny launched his career and their lives together. In 1960 they moved to Southwest Missouri State College in Warrensburg, MO for Daves Charge of ROTC Cadet Program. Here Jonny continued her education at Southwest Missouri State, completing her degree Library Science. They moved to Ft Lewis, Washington where in 1964 they gave birth to their first child, Davi Lou. In this time Dave was called up for his first tour of duty to Korea. David was called up for two tours of duty in Viet Nam. During his first tour in 1965, Jonny gave birth to their second child, John in Ft. Benning, GA. In 1969, during his second tour to Vietnam, Jonny, then pregnant, moved to York, Nebraska to be near her sister during the birth of her third son, Paul. Jonny was able to meet Dave for a short deeply celebrated furlough reunion in Hawaii during this time. Following his second tour of duty, in 1970, the Trottis, now a family of five, moved to Fort Bragg, NC. From 1974 through 1977, they moved to several different bases in Germany. During this time the family traveled Europe and entertained extended family on shared excursions. Jonny collected chimney sweep figurines on this trip. After another tour of duty at Fort Bragg, NC, Dave retired from the Army in 1981, and the family put down their civilian roots in Morven, NC. There Jonny took up her career as Librarian for Anson County Schools serving at Bowman High School, Central Elementary School, and then at Anson Senior High School. She also completed her Masters of Library Science at Appalachian State University, in Boone, NC. Jonny Lou Trotti was a masterful story teller, bibliophile, quilter, toll painter, embroiderer, gardener, and collector of sea shells and antiques. She was a serious scholar of theology, and devoured the works of Dallas Willard (The Divine Conspiracy). Her kitchen table, once the hub for her growing and extending family, eventually became the gathering place for her bright circles of friends. There they gathered regularly for raucous games of bridge and Bible study. Jonny is survived by her children: Davi Lou Trotti (Morven, NC), John Charles Trotti (Morven, NC), and Paul Lawrence Trotti (Fargo, ND): her grandchildren Gavin Lawrence Trotti (Norfolk, VA), Mikayla Joy Trotti (Odenton, MD), and Dayna Adaire Trotti (Moorhead, MN): her sister Martha Mae Thomas and brother-in-law Robert Harold Thomas (Blacksburg, VA): her nieces and nephews, Cathy Lu Thomas-Grant (Malibu, CA), Melody Ann Zobel (Blacksburg, VA), and Brad Boling Thomas (Grand Junction, CO) and their families: sister-in-law Betty Lou Bevil (Dayton, TX): her cousins Barbara Jane Pickel (Lancaster, CA) and Una Mae Trueblood (Oklahoma City, OK). PLEASE NO FLOWERS. To honor Jonny, feed the hungry, provide for those in need, donate to a charity of choice or to the Anson Crisis Ministry, 117 North Rutherford St, Wadesboro, NC 28170. There will be a memorial service at 11:00am Saturday, January 12, 2018 in the Chapel of Leavitt Funeral Home with Rev. Dr. Sarah Kalish officiating. The family will greet friends one hour prior to the service on Saturday at the funeral home. The arrangements are in care of Leavitt Funeral Home. Online condolences may be made at www.leavittfh.com
To order memorial trees or send flowers to the family in memory of Jonny Lou Boling Trotti, please visit our flower store.