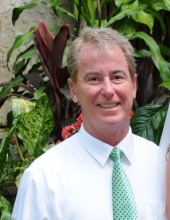 WADESBORO Joseph "Joe" Edward Clarkson, Jr, of Cherry Grove, SC and Wadesboro, NC was born in Cheraw, SC on June 24, 1959 to Mary Fredericka Wilkins Clarkson and the late Joseph Edward Clarkson. Joe died unexpectedly on Friday afternoon, May 26, 2018 at his home in Cherry Grove, SC. The world lost a true original that day and the lives of those who loved him will never be the same. Joe was a graduate of Bowman High School, class of 1977, and attended North Carolina State University in Raleigh. He enjoyed traveling and had lived in Florida, Texas, North Carolina, New Mexico and on the South Carolina coast, where he lived and worked at the time of his passing. He was a member of All Souls Episcopal Church in Ansonville and also attended Calvary Episcopal Church in Wadesboro and served as communications director for both churches. While living in Florida, he was a food caterer for film crews. His other work opportunities were Performance Marina Boat Rentals on the intercostal waterway, Liberty Properties and Manager of Joes Bar and Grille. He was instrumental in the organizing of the Libertarian Party in South Carolina and was also involved in website development. He even developed a family social media website before Facebook came into play. Joe enjoyed drones, body surfing, gardening, hunting for shark teeth and good cuisine. To know Joe was to love him, quirks and all. He was a devoted and beloved son, brother, uncle and friend. Joe did anything and everything he could for anyone who needed it. He lived to be generous and would often give everything he had for the sheer joy of giving to others. Joe had a natural talent for many things. He was a "foodie" before that was a word, a painter of houses and beautiful artwork, a photographer, a master gardener and somehow he managed to find most of the shark teeth that washed up on the east coast. Joe taught us all how to appreciate the simple things like telling jokes, playing cards or just sitting around a fire. His laugh was just like him, one of a kind, and he always had the best moves on the dance floor. Joe could carry on a conversation with anyone about anything and he had an encyclopedic knowledge of world geography. He was passionate about his politics but Joe loved those with opposite views just the same. Everyone who learned about his sudden death likely shared similar feelings: profound loss, followed by the hope that Joe knew just how much he was loved. Even in death he is still teaching us to cherish and love one another. We will never forget Joes infectious smile, love of family and church and how he always gave of himself to lend help to others. He was a proud Godfather and Uncle who was actively involved in the lives of his nieces and nephew, treating them like his own children. Joe will always be remembered for his love and devotion to his mother, Fredericka Clarkson, and his grandmother, Louise Wilkins. He is survived by his mother, Fredericka Clarkson; his sisters and brother-in-law, Martha Clarkson Flinchum and Bert of Wadesboro and Mary Anne Clarkson Barkley of Mount Pleasant, SC; his nieces and nephew, Kathryn Flinchum Scarborough and husband, Kent of Wadesboro, William Madison "Matt" Flinchum and wife, Dede of Fuquay Varina, Caroline Flinchum Imler and husband, John of La Grange, KY and Rachel Kerns Barkley of James Island, SC and his great-nieces and great-nephews, Landon Everette Scarborough, Abel Grey Flinchum, Madeline Laine Imler and Sophia Grace Imler. Funeral services will be at 12noon Saturday, June 9, 2018 at Calvary Episcopal Church with Father Tim Hushion officiating. Inurnment will be at a later date in the columbarium at Calvary Church. The family will greet friends following the service at a reception in the parish hall of the church and other times at the home of sister and brother-in-law on Wanoka Circle in Wadesboro. In lieu of flowers, memorials may be made to All Souls Episcopal Church, Ansonville, NC, Calvary Episcopal Church, Wadesboro, NC or The Episcopal Church Women of Calvary Church, Wadesboro, NC. The arrangements are in care of Leavitt Funeral Home. Online condolences may be made at www.leavittfh.com . Visitation following the service: 308 E. Wade St. Wadesboro, NC 28170 Saturday June 9, 2018 Calvary Episcopal Church
To order memorial trees or send flowers to the family in memory of Joseph Edward Joe Clarkson, Jr., please visit our flower store.