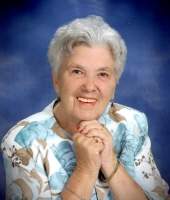 Mrs. Joyce McLeod Weaver, 88, joined her Lord and her loved ones that have gone on before her, on December 24, 2018. She was surrounded by her loving family at her home in Lilesville, NC. A service to celebrate her life will be held at 1:00PM on Friday, December 28, 2018, in the Lilesville Baptist Church with Rev. Teddy Lawson officiating. Interment will follow in Anson Memorial Park. The family will greet friends at the church prior to the service from 11:30AM until just before 1:00PM. Joyce was born to the late Levi Lee McLeod and the late Annie Belle Upchurch McLeod on January 9, 1930 in Buies Creek, NC. While in the 7th grade, she met Billy Weaver, the love of her life on the playground at school. Years later, they married and eventually settled in Lilesville. Joyces main focus was on her family. She was an active member in the Lilesville community. She served in the Civic Builders Club, active in Gum Springs Baptist Church, and later in the Lilesville Baptist Church. She retired from the Anson County Public School System as a secretary with Lilesville Elementary School. She loved the beach as well as her friends and family. Survivors include her children, Steve Weaver of Lillington, Debbie Sheppard (Norris) of Peachland, Stanford Weaver (Geri) of New Bern, and Michael Weaver (Cheri) of Mars Hill; four grandchildren, Brian Weaver, Trent Sheppard (Kelly), Tyler Sheppard, and Mirandi Chewning (Tyler); and five great-grandchildren, Aiden Sheppard, Austin Sheppard, John Carter Chewning, Lyla Chewning, and Lane Chewning. In addition to her parents, Joyce was preceded in death by her husband, Billy, and a brother, Frank McLeod. The family suggests memorials be made to Lilesville Baptist Church, Lilesville, NC 28091; or to Anson Home Care and Hospice, 919 East Caswell St., Wadesboro NC 28170.
To order memorial trees or send flowers to the family in memory of Joyce Weaver, please visit our flower store.