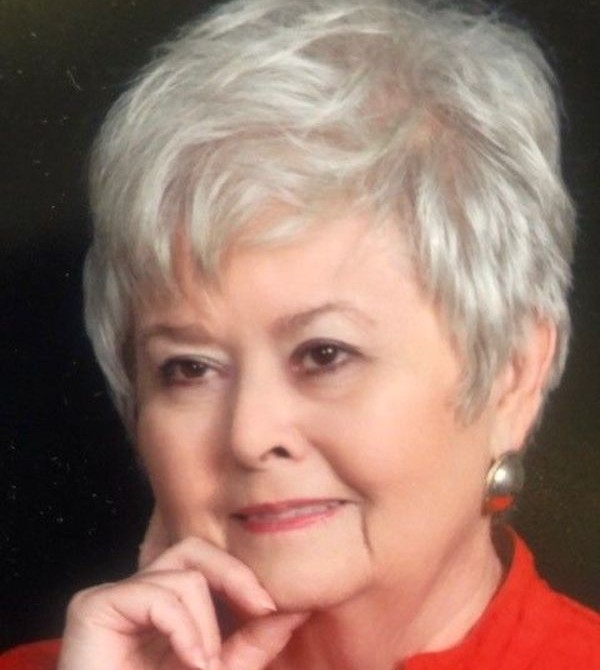 Judy was born on February 11, 1943 in Charlotte, NC to the late Ralph Farrell Sikes, Sr. and the late Helen Maxine Bobbitt Sikes. She was also preceded in death by her younger sister Faye Jacquelyn (Jackie) Sikes Lewis, her nephew Don Carson Baucom II and her sister-in-law, Jinny Starnes Sikes.

Judy spent her youth on the family farm in Anson County, NC. The family returned to the farm when her father’s three younger brothers were away during World War II. Their grandfather fell off his horse breaking his leg, thus her father was needed to manage the farm. She enjoyed the love and attention of both sets of grandparents, aunts, uncles and cousins in both Anson and Vance counties.

Judy attended public school in Anson County, graduating from Anson High School. She continued her education at East Carolina University where she earned a degree in Home Economics. Judy’s professional career included her first job with the North Carolina Egg Association in Raleigh requiring her to travel the state promoting the NC Egg Farmers on radio and television. She later worked with The House of Raeford promoting NC poultry. An accomplished seamstress, Judy changed courses in her career, opening her own shop, Judy’s Fabric and Bernina Sewing, also in Raleigh NC. As another door opened, Judy earned her real estate license, becoming a successful Realtor in the Raleigh area. Later,
fulfilling her dream of moving to Sunset Beach, Judy established herself as an astute Realtor in coastal North and South Carolina with Judy Sikes Realty.

A friend of Judy’s was a friend for life. She treasured her childhood friends and with her long and varied careers, she made many more friends across the state. Her friends became extended family friends and vice versa.

Judy loved children and her youngest brother, Ricky, always received extra love and attention. She was his second mother. In later years she taught Rick to make biscuits from scratch. Many people in Anson County have enjoyed “Rick’s Biscuits”. With no children of her own, Judy was a doting aunt, and each niece and nephew gained a special place in her heart.

She had numerous interests and talents including sewing, golf, travel, dancing, gardening and interior design. Judy was an excellent cook, and was known for her cold oven pound cake. When the family gathered together, her mom and siblings could always count on Judy to be the first to arrive to help with all the food preparations.

Judy was a member of Seaside Methodist Church in Sunset Beach, NC. Weekly worship services and bible study were both very important to her. She felt the blessings of love and support from her church family.

She warmly opened her home at Oyster Bay for annual family beach vacations. She once traded her beach home with a childhood friend for a week in Lake Tahoe to vacation with her sisters, brother-inlaw Don and several Realtor friends.

Judy enjoyed several years with her dear friend and companion, Walter Keezel. Their mutual love of the beach, golf and travel provided the perfect union for many special memories. We have missed Judy for a number of years as she moved through approximately 10 years of her battle with Alzheimer’s disease. She is gone but not forgotten, as her spirit and influence will be with us forever. It was Judy’s wish that her ashes be sprinkled at the coast, thus family will join for a celebration of her life in the near future.

We are incredibly grateful for the excellent love and care given to Judy while she was a resident for almost 8 years at Sunrise on Providence in Charlotte, NC. And to Hospice & Palliative Care for Charlotte Region.

To order memorial trees or send flowers to the family in memory of Judith B. Sikes, please visit our flower store.
Send a Sympathy Card