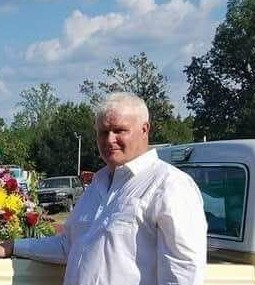 Karl was born in Anson County, April 8, 1964, a son of the late Benjamin Hildreth and Joyce Meachum Hildreth. He was the owner and operator of Hildreth Readymix in Wadesboro.

Also surviving are his sister, Karla Bostick (Barry) of Hoffman and their daughter, Gracie, his brother, Frank Hildreth (Lynn) of Wadesboro and sister-in-law, Tammy Horne (Charles) of Loris, SC; and numerous nieces and nephews.

In addition to his parents, he was preceded in death by two brothers, Benjamin Hildreth, Jr., and Albert Hildreth; and grandchild, Benjamin Riley.

The arrangements are in care of Leavitt Funeral Home. Online condolences amy be made at Leavittfh.com.

To order memorial trees or send flowers to the family in memory of Karl Thomas Hildreth, please visit our flower store.
Send a Sympathy Card