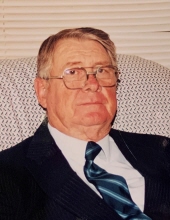 WADESBORO – On Sunday, January 17, 2021, Mr. Larry Eugene Smith, 86, peacefully went to be with the Lord at Meadowview Terrace Senior Assisted Living Center in Wadesboro. Larry was born July 6, 1934, a son of Eugene Bennett Smith and Ethel Parker Smith of Wadesboro, NC. He is preceded in death by his father, mother and brother, Donald Smith of Wadesboro. He is survived by his brother, Harry Smith and wife, Janet of Lugoff, SC; his sister, Avis Hampton and husband, Denver of Boone, NC; his sister-in-law, Linda Smith of Wadesboro, NC and many nieces, nephews and great-nieces and great-nephews. Larry attended high school at Wadesboro High School but graduated high school at Wingate Junior College. After rejecting an offer from the New York Yankees, he chose to accept a contract with the Cleveland Indians and played their minor league system for three years. He was drafted into the United States Army, where he served two tours of duty in Vietnam and three tours of duty in Germany. After 25 years of serving his country, he retired with the rank of Sargent First Class. Following retirement, Larry made beautiful furniture for his family and friends. He was an avid golfer, but his first love was baseball. He will be remembered as a loving son, brother, and uncle. There will be a memorial service k at 2:00pm Saturday, February 6, 2021, in the Chapel of Leavitt Funeral Home with Rev.. Jimmy Knotts officiating. Inurnment will follow in Anson Memorial Park. The family will be available to speak to those attending following the service. In lieu of flowers, memorials may be made to Community Home Care and Hospice, 1791 E Broad Ave, Rockingham, NC 28379 or to the American Diabetes Association, 1300 Baxter St #150, Charlotte, NC 28204. The arrangements are in care of Leavitt Funeral Home and online condolences may be made at www.leavittfh.com
To order memorial trees or send flowers to the family in memory of Larry Eugene Smith, please visit our flower store.

COVID 19 precautions in place -social distancing and wearing masks for the service.