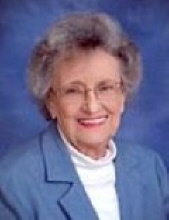 Laura Taft Blalock, age 93, passed away on December 27, 2019. She was born in Wadesboro, NC, the daughter of the late Laura Virginia and Marshall Daniel Taft. She was predeceased by her husband, David Blalock and brothers, Dan and Bill Taft. Mrs. Blalock was a graduate of Wadesboro High School and attended Greensboro College and Duke University. She was a member of First United Methodist Church of Wadesboro. Survivors include her son, David Blalock, Jr. and his wife, Nancy; granddaughter, Lauren Blalock Sefton and her husband, Eric; and great grandson, Connor Blalock Sefton. The family would like to express their deep appreciation to the staff and caretakers at Summit Place of North Myrtle Beach and MSA Hospice for the wonderful care give to Mrs. Blalock. A memorial service will be held at 11 am on Saturday, January 18 in the chapel at First United Methodist Church, Wadesboro, NC. In lieu of flowers, memorials may be made to MSA Hospice, 4685 Hwy 17 S. Bypass, Myrtle Beach, SC 29577.
To order memorial trees or send flowers to the family in memory of Laura Taft Blalock, please visit our flower store.