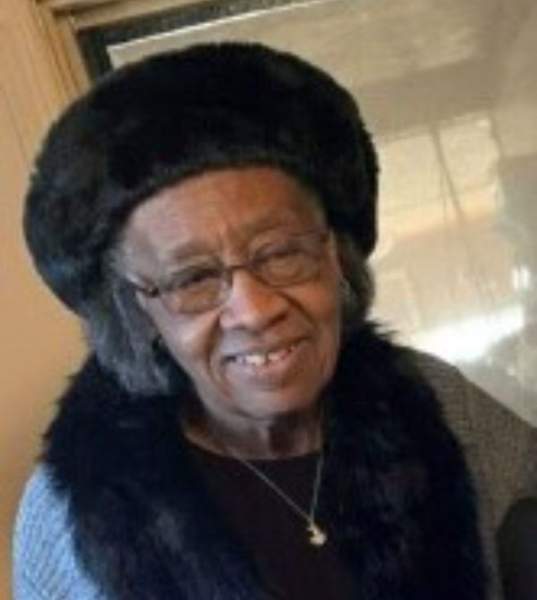 Who can find a virtuous woman? for her price is far above rubies. Her children arise up, and call her blessed; her husband also, and he praiseth her.  Many daughters have done virtuously, but thou excellest them all.  Favour is deceitful, and beauty is vain: but a woman that feareth the Lord, she shall be praised.  Give her of the fruit of her hands; and let her own works praise her in the gates.

On Friday, March 4, 2022, Mrs. Leola Harrington Marshall, 87, beloved wife, mother, grandmother and sister, went to be with her Lord and Savior while being cared for at Wadesboro Health and Rehabilitation in Wadesboro, just moments after her husband, Jasper arrived in her room to let he know he was there.

Leola Frances Harrington was born May 11, 1934 in Anson County, NC and was a daughter of the late Joseph Harrington and the late Charlotte Gainey Harrington. She was a graduate of T.W. Bennett High School in Lilesville.

Known for her cooking skills, she worked for many years in food service and catering in Anson County. She worked at Carl’s Food Center, Coffee Kettle, Anson Middle School Cafeteria, Twin Valley Country Club and Western Sizzlin’ Steak House. She was also a exemplary homemaker and supportive of her husband’s produce and gardening business.

She confessed Christ as her savior and was a member of Gatewood Station AME Zion Church in Morven and attended Parson’s Grove Missionary Baptist Church with her husband.

Leola Marshall, devoted wife, mother and grandmother, leaves behind to cherish her memory;  her husband of 68 years, Jasper Marshall; her children, Jasper Marshall, Jr. of Winston-Salem, Kenneth Marshall and wife, Hazel of Wadesboro and Vickey Marshall Bennett of Rock Hill, SC; her grandchildren, Kandy Adams and husband, Carl, Marcella Marshall, Jasmine Jones, and husband, Rico, Christopher Marshall and wife, Kim, Kimberly Jones and husband, Issaih, Kenneth Marshall and Cassie Marshall; 20 great-grandchildren; her brothers, Johnny Harrington of High Point and Cleveland Harrington of Wadesboro; her sisters-in-law, Wincie Harrington and Tommicenia Harrington both of Wadesboro and her nieces and nephews and their families, as well as, other relatives and friends.

Funeral services will be 2:00 pm Thursday, March 10, 2022, in the Chapel of Leavitt Funeral Home. Interment will follow in the Parson Grove Church Cemetery.

The family is gathering at the home of Mr. and Mrs. Marshall.

To order memorial trees or send flowers to the family in memory of Leola Harrington Marshall, please visit our flower store.