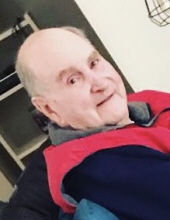 POLKTON – On Tuesday, November 3, 2020, Mr. Leon Harold Owens, 83, went to be with the Lord while in the care of Atrium Health Union in Monroe. There will be a memorial service at 11:00am Saturday, November 7, 2020 at New Home Baptist Church with Rev. Scott Baucom officiating. Inurnment will follow in the church cemetery. The family will greet friends from 5:00pm until 7:00pm Friday, November 6, 2020 at Leavitt Funeral Home in Wadesboro. Harold was born July 17, 1937 in Iredell County, NC and was a son of the late Leonard Owens and the late Jetty Galligher Owens. He was a graduate of Iredell High School and retired in 1984 from the Charlotte Mecklenburg Police Department as sergeant. Following retirement, he and his wife moved to the beach and he owned and operated H and M Trucking and they later made their home in Polkton. He was a devoted member of New Home Baptist Church and he dearly loved his church family. Those left to cherish his memory are his wife of 46 years, Mary Harmon Owens; his daughters, Cindy Williams (Greg) of Winston Salem, Carole Davis (Jim) of Stallings, and Diana Hargett (Brad) of Hollister, CA; his daughter-in-law, Jennifer Owens of Polkton; his grandchildren, Heather Poplin and Kristin Bloodworth (Jarrett) both of Charlotte, Meredith Bloodworth (Zach) of Walkertown, Erin Drye (Adam) of Monroe, Amy Davis (Larry Lockhart) of Indian Trail and Avery Owens of Polkton; 12 great-grandchildren and his brother, Lonnie Owens (Doris) of Statesville. In addition to his parents, he was preceded in death by his son, David Harold Owens October 25, 2020 and by his brothers and sister, Larry Owens, Lewis Owens and Shirley Whisnant. In lieu of flowers, memorials may be made to New Home Baptist Church, c/o Kathy Howard, PO Box 72 Marshville NC 28103. The arrangements are in care of Leavitt Funeral Home. Online condolences may be made at www.leavittfh.com
To order memorial trees or send flowers to the family in memory of Leon Harold Owens, please visit our flower store.