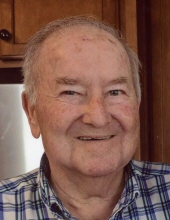 Polkton - Mr. Leonard Eugene 'Buddy' Cranford, 77, died Sunday, June 9, 2019 at his home. Funeral services will be 3:00pm Thursday, June 13, 2019 in the Chapel of Leavitt Funeral Home. Interment will follow in Anson Memorial Park. The family will greet friends Wednesday from 6:00pm until 8:00pm at the funeral home and other times at the home. Buddy was born June 13, 1941 in Anson County, NC a son of the late James Preston Cranford and the late Lille Mae Horne Cranford. He was retired from Wansona in Wadesboro with 30 years of service and following retirement he worked for 13 years for Davis Auto Sales in Peachland and later 4 years with API Security. Surviving are his children, Tammy Gaddy and Ronnie Chewning both of Wadesboro; his grandchildren, Sean (Ashley) Barber of Midland, Montae Gaddy of Wadesboro, James (Rosie) Gibson of Fayetteville and Renee (Ryan) Miller of Rockingham; his great-grandchildren, including, Andrew Barber and Edwin 'Little Man' Miller. He is also survived by dear friends, Donald Davis (Debbie Spurlin) of Peachland and Diane Black of Wingate In addition to his parents, he was preceded in death by his daughters, Christy Cranford and Angie Gibson and his brothers and sisters, James P. 'Speedy' Cranford, Jr., Bill Cranford, Thelma Jones, Bertha Watson and Mickie Preslar. The arrangements are in care of Leavitt Funeral Home. Online condolences may be made at www.leavittfh.com
To order memorial trees or send flowers to the family in memory of Leonard Eugene Cranford, please visit our flower store.
Send a Sympathy Card