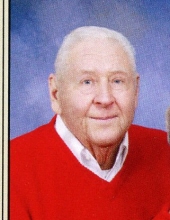 WADESBORO – Mr. Leonidas “Lee” Little Ross, Jr., 82, died Friday, January 24, 2020 at Richmond County Hospice Haven in Rockingham. There will be a service to celebrate Lee’s life at 3:00pm Sunday, January 26, 2020 at First Baptist Church, Wadesboro, with Dr. Harry Workman and Rev. Robert Burr officiating. Inurnment will be at a later date in Bethlehem Cemetery in Ansonville. The family will greet friends one hour prior to the service on Sunday at the church and other times at the home. Lee was born April 8, 1937 in Anson County, NC, a son of the late Leonidas Little Ross and the late Grace Gibson Ross. He was a graduate of Ansonville High School and retired from the North Carolina Department of Transportation as Construction Division Inspector. He was a veteran of the United States Army Reserve. He was a life-long member of Ansonville United Methodist Church and in later years attended First Baptist Church, Wadesboro. Surviving are his wife, Mary Lynn Lineberry Ross; his children, Mark Ross of Peachland, John Ross (Lori) of Polkton, and Betsi Sanya of Bullock; his grandchildren, Chasen Ross (Kim), Jonathan Ross (Tori), Meredith Love, Benjamin Sanya, Rachel Sanya, Hannah Ross, Jackson Ross, and Cooper Ross; his great-grandchildren, Ava Grace Ross, Ella Love, Camden Ross, Maverick Sanya, and Mae Ross; his step-children, John Tyson (Connie) of Norwood and Ginna Vest (Steve) of Winston-Salem; and step-grandchildren, Savannah Tyson, Kattie Tyson, Claudia Tyson, Abby Vest, Andrew Vest, and Christopher Vest. In addition to his parents, he was preceded in death by his first wife, Lynda Ballard Ross. To say Lee Ross had a larger than life personality and big heart would be an understatement. He dearly loved his family and his fellowman. He was an encourager, offering a firm handshake and pat on the back to many with his big smile and a twinkle in his eyes. He, and his good friend, Buck Wheless started the Ansonville Historical Society. He was a member of the Ansonville Lions Club for more than 40 years and distributed Christian literature to inmates at Brown Creek Correctional Institute. Although retired from NCDOT, Lee worked on his family farm and cut pulpwood early in life. He loved hunting, fishing and camping and perhaps, anything to do with nature. Travel was another favorite past time of Lee’s, having visited all 50 states, both the East and West Caribbean, many foreign countries, and not to forget, family times at Oak Island Beach. But his greatest joy was spending time with his and his wife’s grandchildren and great-grandchildren, who affectionately called him Pop. The family is very grateful for the care Lee received from the staff at FirstHealth Moore Regional Hospital. Their genuineness was immeasurable and extended not only to Lee, but to the family as a whole. In lieu of flowers, memorials may be made to Ansonville United Methodist Church, c/o Nancy Lee, 120 Randall Rd., Wadesboro, NC 28170 or to Ansonville Historical Society, P.O. Box 96, Ansonville, NC 28007, or to First Baptist Church, P.O. Box 423, Wadesboro, NC, 28170. The arrangements are in care of Leavitt Funeral Home. Online condolences may be made at www.leavittfh.com
To order memorial trees or send flowers to the family in memory of Leonidas "Lee" Little Ross, Jr., please visit our flower store.