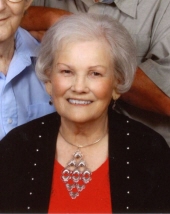 WADESBORO Mrs. Elizabeth "Lib" Grooms Dawkins, 86, died Thursday, January 16, 2020 at her home. There will be a service to celebrate her life at 2:00pm Monday, January 20, 2020 in the Chapel of Leavitt Funeral Home with Rev. Randy Storz and Rev. Donald Wallace officiating. Inurnment will follow in Anson Memorial Park. The family will greet friends one hour prior to the service at the funeral home on Monday and other times at the home. Lib was born June 16, 1933 in Anson County, NC, a daughter of the late R.T. Grooms and the late Beulah Hubbard Grooms. She was a graduate of Lilesville High School and had a career in textiles that would span for more than 40 years prior to her retirement from Burnsville Apparel. She was a life-long member of Mt. Beulah Baptist Church and was a very active member until her health declined. Surviving are her husband of 68 years, Ralph Delma Dawkins; her son, Tad Dawkins of Ansonville; her grandchildren, Alisha Christmas (Donald) of Wilmington and Lisa McDonald (Brian) of Ashburn, VA; her great-grandchildren, Jullian "JuJu" Dawkins, Christopher Christmas, Garland Christmas, Wyatt McDonald and Harper McDonald and her sisters, Annie Clark of Fletcher, Frances Davis (Graham) of Ocean Isle Beach and Brenda Wright (Lee) of Lilesville; her brother-in-law, Charlie Chewning of Raleigh and her care-giver, who was more like a member of the family, Paula Pierre of Wadesboro. In addition to her parents, she was preceded in death by her son, Ralph Dawkins, Jr. and her sister, Ruth Chewning. In lieu of flowers, memorials may be made to Mt. Beulah Baptist Church, 3373 Country Club Rd., Wadesboro, NC 28170. The arrangements are in care of Leavitt Funeral Home. Online condolences may be made at www.leavittfh.com
To order memorial trees or send flowers to the family in memory of Lib Grooms Dawkins, please visit our flower store.
Send a Sympathy Card