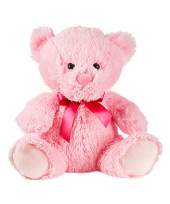 Lilesville - On Friday, April 5, 2019, Lillian Brielle Pope was born and following a short span of time, she was escorted by the angels from the arms of her earthly parents to the arms of her Heavenly Father. Lillian is a daughter of Adam Cline Pope and Ginger Drye Pope; she has older sisters and brothers, Adaline, Maebry, Ross and Hawkins; her grandparents are, Teresa Pope (Fleet Lee), Betty and Dudley Whitley, Terry Drye and her great-grandmother is Margie Drye. Lillian was Christened in a private service by Father Tim Hushion, of Calvary Episcopal Church, assisted by Chip Long followed by a service of prayers for the repose of her soul and her family. Her parents, sisters, brothers, grandparents and great-grandmother were with her for the Christening. There will be no other services planned. If desired, the family suggests memorials be made to Calvary Episcopal Church, Children's Ministry, 308 E.Wade St., Wadesboro, NC 28170. Jesus said, suffer the little children and forbid them not, to come unto me; for of such is the kingdom of heaven.

To order memorial trees or send flowers to the family in memory of Lillian Brielle Pope, please visit our flower store.