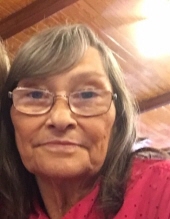 Wadesboro - Mrs. Linda McKenzie Smith, 70, died Monday, September 30, 2019 at Richmond County Hospice Haven in Rockingham. Funeral services will be 2:00pm, Friday, October 4, 2019 at Bethany Free Will Baptist Church with Rev. Ricky Marsh officiating. Interment will follow in Anson Memorial Park. The family will greet friends one hour prior to the service Friday at the church and other times at her home. Linda was born January 1, 1949 a daughter of the late Thomas Brooks McKenzie and the late Katie Lockler McKenzie. She worked with Unity Knitting Mills in Wadesboro and also worked as secretary for her husband's business, Smith Used Car Sales. She was a member of Bethany Free Will Baptist Church. Surviving are her children, Sandy Parrish of Cleveland, OH, Tim Smith of Wadesboro and Terry Smith of Greenville, SC; 6 grandchildren; 1 great-grandchild; her brothers, Rev. Tommy (Irene) McKenzie of Polkton and Jerry McKenzie of Monroe and her sisters-in-law and brothers-in-law, Mildred (Bob) Bowers of Mint Hill, Myrtle Diggs, Smitty (Beth) Smith and Sarah Smith all of Wadesboro and her nieces and nephews and their families. In addition to her parents, she was preceded in death by her husband of 54 years, Larry Eugene Smith on June 20, 2019 and her sisters and brothers, Carolyn Lett, Lois Wright, Connie Eudy, Ricky McKenzie and Tony McKenzie. In lieu of flowers, memorials may be made to Richmond County Hospice Haven, 1119 US 1 HWY, Rockingham, NC 28379. The arrangements are in care of Leavitt Funeral Home. Online condolences may be made at www.leavittfh.com
To order memorial trees or send flowers to the family in memory of Linda McKenzie Smith, please visit our flower store.