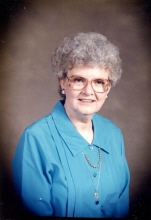 WADESBORO Mrs. Lorraine "Rene" Pigg Cranford, 90, died Tuesday, December 24, 2019 at Anson Health and Rehab in Wadesboro. Funeral services will be 3:00pm Saturday, December 28, 2019 in the Chapel of Leavitt Funeral Home. A private interment will follow in Anson Memorial Park. The family will greet friends one hour prior to the service on Saturday at the funeral home. Rene was born May 18, 1929 in Wadesboro, NC a daughter of the late Charlie Columbus Pigg and the late Mary Hamer Jarman Pigg. She graduate from Wadesboro High School and worked for a number of years at A & P Grocery Store and after the store was closed she went to work as the Store Manager at Super 10 in Wadesboro. A woman of great faith, she was a life-long member of Southside Baptist Church and she was faithful to her church until her health declined. Surviving are her daughters and sons-in-law, Dawn and Michael Helms and Amy and Steve Hooks both of Wadesboro; her grandchildren, Dusty Brandenburg and wife, Jerri and Jana Nicole Brandenburg both of Wadesboro and Jay Hooks of Charlotte; her great-grandchildren, Landon, Logan K.K., Maddux and Asa and her sister and brother-in-law, Mary Esta and Dennis Wetherley of West Columbia, SC. In addition to her parents, she was preceded in death by her husband, James P. "Speedy" Cranford, Jr. and her brothers and sisters, Charlie C. Pigg, Jr., Juanita Jenkins, Amos Pigg, B.C. Pigg, Spencer Pigg and J.W. Pigg. In lieu of flowers, memorials may be made to Anson Health and Rehab, Activities Department, 405 S. Greene St., Wadesboro, NC 28170. The arrangements are in care of Leavitt Funeral Home. Online condolences may be made at www.leavittfh.com
To order memorial trees or send flowers to the family in memory of Lorraine Rene Pigg Cranford, please visit our flower store.
Send a Sympathy Card