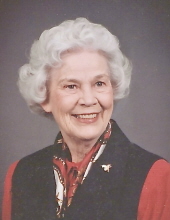 Mrs. Louise Curlee Litaker, 93 of Charlotte, NC and formerly of Greenville, SC peacefully went to be with the Lord March 4, 2021 at Sharon Towers in Charlotte, NC. Born April 13, 1927, in Polkton, NC, Louise was a daughter of the late Edd and Corrie Hill Curlee. She graduated from Polkton High School, School of Cosmetology, Charlotte, NC and trained at the UNC School of Dentistry in Chapel Hill as a Dental X-Ray Technician. She married Rae Marlin Litaker in 1954 and was a devoted wife to Rae until his death in 2015. She is survived by her sister-in-law Nancy Litaker Felker as well as numerous nieces and nephews in the Curlee and Litaker families. A graveside service will be held at 1:00PM on Sunday, March 14, 2021 at Carolina Memorial Park in Concord, NC with Rev. Caroline East officiating. Due to Covid-19 restrictions, the family does not plan to hold a public visitation. The public is invited to attend the graveside memorial service and encouraged to wear masks while practicing social distancing as you are able. The service will be shared via Facebook Live on Leavitt Funeral Home’s Facebook page. Louise was a cosmetologist from 1947-1953. In 1953 she began her career as a Dental X-ray Technician, and eventually became an instructor in dental radiology at Greenville Tech. She was president of Beta Sigma Phi – Beta Zeta Chapter; President, Women of the Church, Second Presbyterian Church in Greenville, SC.; LifeWise Advisory Board Member, St. Francis Hospital; Patewood Memorial Hospital volunteer and Advisory board member. At the time of their move from Greenville, they were members of St. Giles Presbyterian church. Among her professional accomplishments she was commended by the Review Committee for Accreditation of Dental Assistant and Dental Hygiene Program at Greenville Tech. in 1970 for her development of a measurement technique which minimized elongation and fore shortening of radiographic exposures. In addition, she experimented with and developed a mechanism for the processing of emergency x-ray films within the operator with a minimum of equipment. This procedure was submitted to Eastman Kodak Company for consideration and adaptation. Louise was extraordinarily creative. She was an accomplished artist in oils and watercolors as well as an excellent seamstress and a master at crochet. Her creativity inspired her to created a visual Bible Timeline that she named, Discovering the Bible through World Powers, which she enjoyed giving away. Also an accomplished user of her personal computer, she created card catalogs for church libraries and personal greeting cards, many of which used her own artwork which she scanned into her computer. At Sharon Towers, she saw a way to raise money for the Residents Assistance Fund by making these greeting cards to sell. The family is especially grateful to the staff at Sharon Towers and Hospice. During this pandemic, you were our extended family. In lieu of flowers, memorials may be made to the Residents’ Assistance Fund at Sharon Towers, 5100 Sharon Rd. Charlotte, NC 28210; Hospice & Palliative Care Charlotte Region, 1420 East Seventh St, Charlotte NC. 28204; or Peachland Baptist Church, P O Box 146, Peachland, NC 28133.
To order memorial trees or send flowers to the family in memory of Louise Curlee Litaker, please visit our flower store.