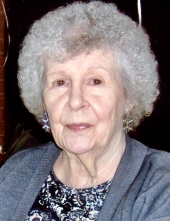 Polkton – Margie Steele Thompson, 84, died Friday, July 2, 2021, at Atrium Health Anson. A service to celebrate her life will be held at 5:00PM Wednesday at Leavitt Funeral Home with Rev. Jimmy Knotts officiating. Interment will follow at Anson Memorial Park. The family will greet friends before the service beginning at 4:00PM. The family requests that everyone dress casual for the services in keeping with Margie’s wishes. Born September 21, 1936, in Anson County, Margie was a daughter of the late Claude Eugene and Rosie Adams Steele. She was educated in local public schools and worked for many years at Chic Hosiery and later for Dawson, Inc. Some of her favorite things were talking with her sister everyday and cooking for family get-togethers. She was a wonderful grandmother, loved her grandbabies, and adored her 4-legged companion, Precious. Survivors include: her children, Marvin “Bo” Thompson (Bonnie) and Wanda Tillman (Ross) both of Wadesboro; three grandchildren, Amanda Thompson, Miranda “Shug” Thompson, and Grady “Gene” Thompson (Shaina); eight great-grandchildren, Brant Gibson, Garrett Gibson, Stephanie Gibson, Richard Martin Jr., Summer Martin, Prentice Martin, Logan Thompson, and Presley Thompson; and her special friend and soulmate of 38 years, Ralph Gilmore. Also surviving are: three brothers, Biven Steele (Dorothy) of Lilesville, Virgil Steele (Ruth) and Eddie B. Steele both of Wadesboro; a sister, Peggy Trexler (David) of Wadesboro; and a sister-in-law, Lois Steele of Wadesboro. In addition to her parents, she was preceded in death by a brother, Claude “Sonny” Steele Jr. and a sister, Mary Grace Jones.
To order memorial trees or send flowers to the family in memory of Margie Steele Thompson, please visit our flower store.