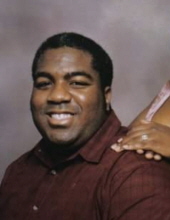 Rockingham - On Wednesday, June 16, 2021, God looked out on His heavenly garden. He saw that He needed another flower to complete a bouquet. He looked down on the Earth and saw Markus Lavar Liles. Markus Lavar Liles was born to Melton J. Liles and Shirley Willoughby Liles on July 13, 1979, at what is now known as Atrium Health-Main in Charlotte, NC> Markus was raised by God-fearing parents. Affectionately known as Mark, he attended Gatewood Station AME Zion Church during his childhood years. After graduating from Anson Senior High School, formerly, Bowman Senior High school, Markus studied Computer Programming at North Carolina A & T State University. Later, Markus attended management training and became assistant manager at Walmart and later returned to Lilesville where he met and married his wife, Edna Laverne Covington. God blessed their union with a daughter, Genesis Grace Liles. Markus’ faith and love for God was paramount, personal and was with all his heart. His profound wisdom and love for Christ began as a child and he was encouraged by Mary Louise Willoughby, who preceded him in death. He also joins precious Saints in Glory, his Paternal Grandmother, Mrs. Mable Liles, his Mother-in-Law, Mrs. Doris Jean Covington and his Father-in-Law, John Thomas Covington. Markus loved and trusted in the Lord. During his brief, yet impactful life, Markus cherished his relationship with God. As a young adult, he went to experience a higher form of worship and praise, when he joined Christ Bible Teaching Center in Marsvhille. God would later call him to teach and minister at Faith Anointed Deliverance Center in Hamlet, NC under Pastor, Aggie Riggins. Markus’ large extended family of aunts, uncles and cousins loved him dearly. His uncles recall how intelligent and playful he was as a child, nicknaming him, “Professor Liles”. As the adage goes,” it takes a village to raise a child”. That is exactly what Markus Liles had. Markus had a natural ability to teach and counsel people, regardless of their age. He leaves behind his wife, Edna LaVerne Covington-Liles; his daughter, Genesis Grace Liles “GiGi”; his parents, Melton J. Liles and Shirley Willoughby Liles; his sisters, Whitney J. Liles, Hailey D. Liles and Stacey Huntley; his paternal step-grandmother, Mildred Bennett; his sisters-in-law, Alice Covington and Latoya Covington and his brother-in-law, Thomas Wayne Griffin along with many aunts, uncles, cousins and friends who celebrate his life. He was a light to the many people who knew him. For now, Markus leaves behind a loving family on Earth; until the Saints are reunited in God’s Kingdom. Mark is in Heaven now rejoicing with loved ones who have gone on before him. There, he has a new mansion, that God reserved for him and his glorified body, that knows no sickness or pain. The homegoing service will be 1:00 pm Thursday, June 24, 2021, in the Chapel of Leavitt Funeral Home in Wadesboro. Public viewing will be from 3:00pm until 6:00pm on Wednesday, June 23, 2021 at the funeral home. The family is meeting at Markus' home in Rockingham and also at the home of his parents in Lilesville.
To order memorial trees or send flowers to the family in memory of Markus Lavar Liles, please visit our flower store.