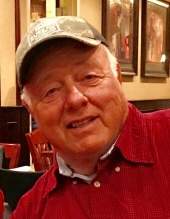 POLKTON Mr. William Martin McSwain, 78, died Wednesday, October 24, 2018 at his home. Funeral services will be 11:00am Saturday, October 27, 2018 at Hopewell United Methodist Church with Rev. Patrick Ledford officiating. Interment will follow in the church cemetery. The family will greet friends from 6:00pm until 8:00pm Friday, October 26, 2018 at Leavitt Funeral Home. Martin was born June 1, 1940 in Anson County, NC a son of the late Lester Claude McSwain and the late Virginia Hazel Tucker McSwain. He was a retired teacher with Anson County Schools for 27 years, having taught, math, science, biology and drivers education. He was a life-long member of Hopewell United Methodist Church. He was also a farmer and a beekeeper, being well-known for gathering the honey. Martin also authored three books about genealogy, Hopewell history, and veterans, one of which is registered in the Library of Congress. He was very proud of his ancestry and was a direct descendant of David McSwain who was and the McSwain clan of the Highlands and Isles of Scotland. David McSwain, Highlander, emigrated from the Isle of Skye, Scotland to American aboard the ship Snow Louther in the year 1730. The boat he and his family were on, sailed from Rotterdam, Holland and landed in Philadelphia, PA in 1731, a seven month ocean voyage. The McSwain family would later move to Virginia where they lived for many years prior to moving to North Carolina, settling in Cleveland County and then to Stanly. The family realized great beauty in the wilderness of North Carolina and the mountains were a beautiful sight. To them, the passage from the Bible, "I will lift up mine eyes to the hills whence comes my help", took a special meaning. Surviving are his daughters and son-in-law, Anne and Scott Jones and Lynette McSwain of Polkton; his grandchildren, Airyn Jones and Nathan McSwain; his brother and sister-in-law, Leonidas and Susie McSwain of Polkton; his sister and brother-in-law, Ann and Larry Caudle of Polkton and friend, Charlotte Treadaway of Wadesboro. In lieu of flowers, memorials may be made to Hopewell United Methodist Church, c/o Susie McSwain, 424 Pork Rd., Peachland, NC 28133. The arrangements are in care of Leavitt Funeral Home. Online condolences may be made at www.leavittfh.com
To order memorial trees or send flowers to the family in memory of Martin McSwain, please visit our flower store.