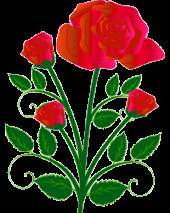 WADESBORO Mrs. Mary Joyce Meachum Harris, 77, went to be with her Lord on Friday, January 11, 2019 at Carolinas Medical Center North East (Atrium Health) in Concord. Funeral services will be 2:00pm Tuesday, January 15, 2019 in the Chapel of Leavitt Funeral Home with Rev. Anne Huggins and Rev. Lane Rogers officiating. Interment will follow in Morven Cemetery. The family will greet friends from 6:00pm until 8:00pm Monday, January 14, 2019 at the funeral home and other times at the home. Mary was born November 6, 1941 in Anson County, NC and was a daughter of the late Henry Ollie Meachum and the late Sally Hasty Meachum. Surviving are her children, Michael Harris of Hamlet and Donna McCallum and Teresa Harris both of Wadesboro; her grandchildren, Camdyn Harris of Laurel Hill, Jaxon Harris of Hamlet, Nicholas Caulder, Kaitlyn Caulder, Ashleigh Caulder, Randy Brayboy and Joshua Brayboy all of Wadesboro and Allen Brayboy of Louisiana; her great-grandchildren, Joseph Brayboy, Jacob Brayboy, Jessa Brayboy, A-Niyah Kirby, Kylan Garris, Malani Garris, Sebastain McCoy and Bryson Caulder; and her nieces and nephews and their families. In addition to her parents, she was preceded in death by her husband, Walter Jay Harris, Jr. and her sister, Helen Gilmore. The arrangements are in care of Leavitt Funeral Home. Online condolences may be made at www.leavittfh.com
To order memorial trees or send flowers to the family in memory of Mary Joyce Meachum Harris, please visit our flower store.