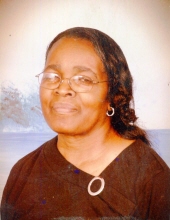 Mary Veatrice Marsh-Howard departed her life on February 24, 2020 at Autumn Care in Marshville, NC. Mary was born February 6, 1947 in Union County, NC to the late Curtis and Joyce Marsh. She attended Union County Public Schools and graduated from East Union. She worked for many years as a seamstress in the textile industry prior to her retirement. Mary leaves to cherish her memories, husband John “Luke” Howard of Marshville; one daughter Renee (Kelly) Lotharp of Marshville and two sons; Reggie (Jessica) Howard of Charlotte and Dedrick Howard of Marshville.. She was preceded in death by her youngest daughter, Kavis Smith. Her grandchildren; Darius (Monique), Le’Andra, Jontavis, Kayln, Jasmine, Shania, Kolby, Rylan, and Kyleigh. Great-grandchildren; Zyla, Ariana, Aniyah, and Raelynn. Mary leaves behind host of siblings: Helen Chambers of Peachland; Harold (Birdie) Marsh of Monroe; Carl (Claire) Marsh of Marshville; Thurlow Marshes Wadesboro; Cathy (Larry) Crawford of Pageland; Vivian (Michael) Chambers, Jeffery Marsh & Sheretha Marsh all of Wadesboro. Mary leaves behind her mother-in-law; Letha Howard of Marshville, sisters-in-law; Sylvia of Queens, NY and Hazel(Danny) of Wingate. Her brothers-in-law; Herbert and Therman(Diane) both of Asheboro, Arnold(Louise) of Marshville, Ricky(Annie) of Jacksonville, Florida; and Carl(Jackie) of Marshville. She was preceded in death by three brothers, Curtis Marsh, Will Marsh and Nelson Marsh. Mary also leaves behind two great aunts; Doris Marsh and Lee Cannon Walls. I have fought a good fight, I have finished my course, I have kept the faith: Henceforth there is laid up for me a crown of righteousness, which the Lord, the righteous judge, shall give me at that day: and not to me only, but unto all them also that love his appearing. 2 Timothy 4:7-8 Funeral services will be 1:0pm Saturday, February 29, 2020 at Christ Bible Discipleship Worship Center Marshville NC. Interment will follow at Crossroads AME Zion Church Cemetery. Public viewing is from 3:00pm until 7:00pm Friday at Leavitt Funeral Home in Wadesboro. The family will be receiving friends at the home her daughter and son-in-law, Renee and Kelly Lotharp, 1426 Acme Road in Marshville.
To order memorial trees or send flowers to the family in memory of Mary Marsh Howard, please visit our flower store.
Send a Sympathy Card