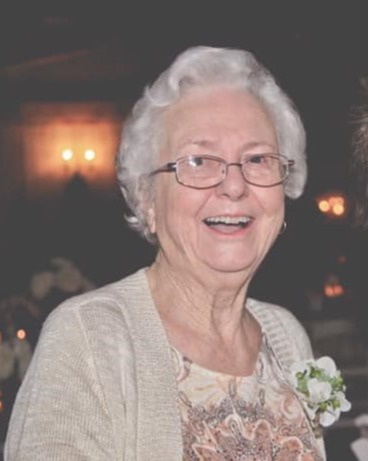 ANSONVILLE – On Monday, October 17, 2022, Mrs. Mary Neal Watkins Hill, 96, beloved wife, mother, grandmother, sister, friend but more importantly a child of God was welcomed into heaven by her Lord and Savior and many friends and loved ones. We are at peace knowing her life mattered and she heard the welcome words, Well done good and faithful servant.

Funeral services will be 3:00 PM, Wednesday, October 19, 2022 in the Chapel of Leavitt Funeral Home with Rev. Jeff Glenn officiating. Interment will follow in Rocky Mount Baptist Church Cemetery in the Burnsville Community.

The family will greet friends one hour prior to the service on Wednesday at the funeral home.

Mary Neal was born April 1, 1926, in Anson County, NC and was a daughter of the late Joseph F. Watkins and the late Mary Harward Watkins. She was a graduate of Ansonville High School and retired from West Knitting Mills with 28 years of service.

Well-known for being an excellent cook by her family and friends, many loved her orange pound cakes. She was an accomplished seamstress and quilter, having won awards for her work in various county events. She also enjoyed knitting and was a member of the Wadesboro Prayer Shawl Ministry. She started a Prayer Quilt Ministry, having shared nearly 100 of her handmade prayer quilts.

Above all her accomplishments, her family was her greatest. She dearly loved time spent with her children and grandchildren and extended family. So many in the community and surrounding areas called her grandma. She had a witty sense of humor, and you knew where you stood with her, in a kind of southern lady sort of way.

In addition to her parents, she was preceded in death by her husband, C. Bennett Hill, her son, William Hill, her granddaughter, Nicole Stroupe, and her brothers, Robert Watkins, Joe Watkins, Jr., Dewey Watkins and Daniel Watkins.

Mary Neal would want to be remembered most for loving the Lord and being of service to him. While in the hospital, the night before she passed away, she witnessed of her faith to the doctor while they were having a conversation via the teleconference.

In lieu of flowers, memorials may be made to Ansonville Baptist Church, c/o Frances Burris, 601 Dunlap Rd., Wadesboro, NC 28170.

Mary Neal’s family is most grateful for the love and care she received from Dr. Lincoln and Staff, Anson Health and Rehab and Atrium Health Anson, not to forget her church family and friends in the community.

To order memorial trees or send flowers to the family in memory of Mary Neal Watkins Hill, please visit our flower store.