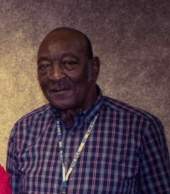 Marshville - On Saturday, May 18, 2019 at Atrium Health Union in Monroe, Mr. Max Junior Griffin, 74, entered into eternal rest. He was born August 16, 1943 in Union County, NC and was a son of the late Eli Griffin and the late Lillie Mae Rushing Griffin. He was a long-time member of Flint Ridge Missionary Baptist Church, Marshville. Max was a truck driver for more than 50 years, having driven for Wal-Mart, Harris Teeter, Family Dollar and retiring from Stegall Milling. It was while he was employed with Harris Teeter he was given an award for driving one million miles accident free. He was regarded as one of the best truck drivers in the area and in recent months was asked to go back to work but decided it was time to give up his CDL and take it easy. He was a true image a well-respected man. He was a loving and devoted husband, father, grandfather, brother, uncle, cousin and friend. He was truly loved by all who knew him and will be greatly missed. In addition to his parents, he was preceded in death by his granddaughter, Keianna Griffin, his son-in-law, Paul Cooper; his brother, Billy Joe Griffin and his sister-in-law, Geneva Griffin. Left to cherish his memories are his loving wife of 52 years, Louvenia Clarke Griffin; his daughters, Maxine Griffin-Cooper of Marshville, Eileen Griffin-Anderson (Roland) of Wingate and Shaleshia Griffin of the home; his son, James W. Griffin (Brenda) of Lawrenceville, GA; his sister, Lillie Mae Griffin of Marshville; his grandchildren, DaMarcus Griffin and Brianna Griffin; his great-grandchildren, DaZion Griffin and DaMarion Griffin; his aunt and uncle, Corine Griffin of Marshville and Bob Rushing of Monroe; his mother-in-law, Mary C. Griffin of Marshville; his brother-in-law, with whom he shared a special relationship, Johnny Griffin of Marshville, ; his brother-in-law, Lewis Griffin of Marshville; his sisters-in-law, Sarah Griffin and Kathleen Griffin both of Marshville and a host of nieces, nephews, cousins, relatives and friends. Funeral services will be 3:00pm Saturday, May 25, 2019 at Flint Ridge Missionary Baptist Church. Interment will follow in the church cemetery. The family will greet friends from 6:00pm until 7:00pm Friday, May 24, 2019 at Leavitt Funeral Home in Wadesboro and other times at the home. Interment following funeral service: Saturday May 25, 2019 Flint Ridge Missionary Baptist Church
To order memorial trees or send flowers to the family in memory of Max Junior Griffin, please visit our flower store.