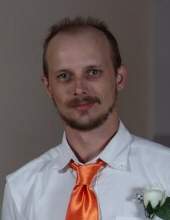 WADESBORO – Mr. Michael Lee Folts, 33, died Tuesday, February 18, 2020 due to injuries sustained in an automobile accident. Funeral services will be 7:00pm Friday, February 21, 2020 in the Chapel of Leavitt Funeral Home with Rev. Mark Perko officiating. The family will greet friends from 6:00pm until 7:00pm prior to the service Friday and other times at the home. Michael was born January 14, 1987 in Brandon, FL and was a son Lynn Conley Pierre and John C. Folts. He was a member of Deep Creek Baptist Church. Surviving are his mother and stepfather, Lynn and David Pierre of Wadesboro; his brother, John C. Folts, Jr. of Wadesboro ; his grandparents, Nancy and Terry Hunsucker of Lilesville and his fur babies, Taz and Butbut. Memorials may be made to Leavitt Funeral Home, P.O. Box 274, Wadesboro, NC 28170 to assist with funeral expenses. The arrangements are in care of Leavitt Funeral Home. Online condolences may be shared at www.leavittfh.com
To order memorial trees or send flowers to the family in memory of Michael Lee Folts, please visit our flower store.