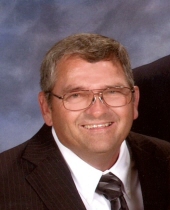 Wadesboro Mr. Michael Wayne "Mike" Lisenby, age 61, died Sunday, November 18, 2018. A service to celebrate his life will be held on 11:00AM, Wednesday, November 21, 2018, in Olivet United Methodist Church with Rev. Jody Campbell officiating. Interment will follow in the church cemetery. The family will greet friends on Tuesday from 5:00 until 7:30PM at Leavitt Funeral Home. Mike was born in Anson County on January 29, 1957, the third and last son born to the late Thomas Ray Lisenby and the late Christine Hanna Lisenby. Following his graduation from Bowman High School, he followed his passion for being outdoors and led a successful career in the logging business. From the beginning, Mike was always a talker. Perhaps when you first met him or if he didnt know you well, you could get the impression that Mike was the quiet and shy type but his warm and friendly demeanor would eventually draw you to him and then it seemed as though you couldnt get him to be quiet. Never a complainer, even through the cumbersome process of dialysis, Mike managed to keep the jokes and laughter coming from all his nurses, doctors and fellow patients. A natural born tinkerer, Mike could fix almost anything and nothing pleased him more than to be able to fix something without having to spend any of his money to do it! And Mike was dependable. Neighbors and friends knew if they needed something done they could count on steady ol Mike to help them get it done. Another of Mikes great loves was gardening. He enjoyed watching things grow and seemed to have quite a green thumb. But Mike had two faults when it came to gardening he always planted too much garden and somehow he managed to coax the corn to come off every July 4th when the family should have been on a vacation! Mike likely got his love of gardening from his dad as he too would plant a big garden. But for many years, Mike really got a thrill from gardening with his dad and selling (or in some cases giving away) their produce. Mike also enjoyed raising cows. He would talk to them just as he would you and I and the cows would respond to him when they wouldnt listen to anyone else. Never one to panic when anyones livestock would get out, Mike had an uncanny knack for calling and leading them back inside their fenced-in areas. A loving husband, father and grandfather, Mike leaves to cherish his memory: his wife of 38 years, Sarah Goodwin Lisenby of the home; a daughter and son-in-law, Betsy and Ryan Snodgrass of Waxhaw; and a grandson, Sawyer Snodgrass. Also surviving are two brothers, Tommy Lisenby (Vickie) of Monroe and Don Lisenby (Vicki) of Bradenton, FL. Memorials might be made to Olivet United Methodist Church, c/o, Mrs. Martha D. Goodwin, 3788 Stanback Ferry Rd., Lilesvile, NC 28091.
To order memorial trees or send flowers to the family in memory of Michael Wayne Lisenby, please visit our flower store.
Send a Sympathy Card