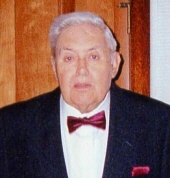 MARSHIVLLE - Mr. Ned Von Beachum, 84, passed away peacefully on June 12, 2019 at Hospice of Union County in Monroe, NC. Funeral services will be 2:00pm Tuesday, June 18, 2019 at Hopewell United Methodist Church in Peachland. Interment will follow in the church cemetery. The family will greet friends following the service at a reception in the church fellowship hall and other times at the home. Mr. Beachum was born February 27, 1935 in Peachland, NC to Jerry Thomas (Bub) Beachum and Laura Ona Griffin Beachum. Ned has celebrated 59 years of marriage to Doris Jean Adams Beachum. Ned was a US Army veteran stationed in Korea serving in the communication division. Upon completing his military service, Ned married, settled into family life and began a career in retail sales. His warm and welcoming personality and ready smile helped Ned build a long and successful career with Sears, first working in Wadesboro before moving to the Monroe store and eventually taking his salesmanship skills to the South Park Mall and Eastland Mall locations. As an Installed Home Improvements Salesman, Ned was well versed in a broad range of items from appliances and carpeting to fencing and roofing. He was consistently recognized by Sears as an exceptional salesman. Retiring from Sears in 1992, Ned next pursued a second business path in the Pre-Owned Car trade. For several years he could be found at the car lot on Concord Avenue in Monroe. After relocating with his wife from Monroe to Marshville, his interest switched from cars to golf carts. Ned provided many customized golf carts to those in need of a pleasant ride around their home property or from their beach house to the shore or around their neighborhoods. Friends often dropped by the shop to chat with Ned as he tinkered on a cart. A favorite golf cart or two were frequently seen in the Marshville Christmas Parade or in line at the drive-thru of the local Wendys. Mr. Beachum was appointed to and elected to the Marshville Town Council and served several terms in office. In addition to community service, Ned was active in the churches he attended assisting in many projects, participating in church groups and classes and teaching Sunday school. Ned formed long-lasting friendships with colleagues through each of his varied careers and civic and church activities. Surviving are his wife Doris, two sisters: Rebecca Beachum Bullard and Ramona Beachum Miller (Bill); children: Darrel and Darlene (Helms) Beachum and Kim and Jeff Robertson; grandchildren: Adam and Hannah (Wood) Beachum, Alexis and Patrick Leasure, Kate Robertson, Austin Beachum and Gabby Herrick and Ava Beachum; great-grandchildren: Kayden, Atlas and Xander Beachum and Ellie Leasure on the way; niece Crystal Thomas Metz and husband Clark and children Will and Charlotte and nephew Trey Miller. In lieu of flowers, memorials may be made to Marshville United Methodist Church, PO Box 427, Marshville NC 28103 or Hopewell United Methodist Church, c/o Susie McSwain, 424 Pork Rd., Peachland, NC 28133 or Hospice of Union County, 700 W. Roosevelt Blvd., Monroe, NC 28110. The arrangements are in care of Leavitt Funeral Home. Online condolences may be made at www.leavittfh.com Interment following funeral service: Tuesday June 18, 2019 Hopewell United Methodist Church Cemetery Visitation following the service: 1715 Hopewell Church Rd. Peachl, NC 28133 Tuesday June 18, 2019 Hopewell United Methodist Church
To order memorial trees or send flowers to the family in memory of Ned Von Beachum, please visit our flower store.
Send a Sympathy Card