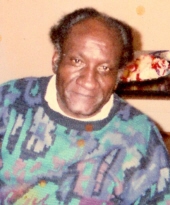 Wadesboro - In the early morning hours of Thursday, April 25, 2019, Mr. Orzo Edward Borden was called from labor to rest at Atrium Health Anson in Wadesboro, North Carolina. He was 76 years of age. Orzo was born October 15, 1942 in Anson County, NC a son of the late George Borden and the late Ella Broadaway Borden. He was educated in the public schools of Anson County and had worked at Armour Creamery in Marshville for a number of years. He confessed Christ at an early age and became a member of his familys home church, Saron Missionary Baptist Church in Polkton. Surviving are his son, Anthony Hall (Cameisha) of Polkton; step-grandchildren, Jarves Johnson of Polkton and Iesha Liles of Louisville, TX; his dear friend and companion, Margie Johnson of Wadesboro; his brothers, Luther Borden of Morven, Julius Borden of Polkton and George L. Borden of Wadesboro and a host of other relatives and friends. In addition to his parents, he was preceded in death by his brothers and sisters, John Henry Borden, James Borden, David Borden, Leroy Borden, Fannie Little, Louise Tillman, Mary Sturdivant, Pauline Little, Lille Bell Ross and Nola Marble. Funeral services will be 3:00pm Monday, April 29, 2019 in the Chapel of Leavitt Funeral Home. Interment will follow in Saron Missionary Baptist Church Cemetery in Polkton. Viewing will be from6:00pm until 7:00pm Sunday, April 28, 2019 at the funeral home. Interment following funeral service: Monday April 29, 2019 Saron Missionary Baptist Church Cemetery, Polkton
To order memorial trees or send flowers to the family in memory of Orzo Edward Borden, please visit our flower store.