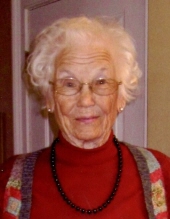 POLKTON Mrs. Peggy White Johnson, 82, of Monroe and formerly of Polkton, died Monday, March 18, 2019 at PruittHealth Union Pointe in Monroe. Services will be 2:00pm Saturday, March 23, 2019 by the graveside in Griffin Cemetery in Polkton. The family will greet friends from 12:30pm until 1:30pm Saturday, March 23, 2019 at Leavitt Funeral Home in Wadesboro. Peggy was born November 16, 1936 in Anson County, NC a daughter of the late Rufus B. "Dock" White and the late Susie Hildreth White. She was a graduate of Polkton High School, was retired from Charlotte Plastics with more than 20 years of service to the company and had worked as Hostess at OCharleys in Monroe. Surviving are her son, Ron Johnson of Indian Trail; her adopted daughter, Dana Hinson and husband, Adam and their family from Indian Trail and her sister, Joyce Antonis of Pittsburg, PA and her nieces and nephews and their families. In addition to her parents, she was preceded in death by her sons, Wayne Alvin Johnson and Brian Douglas Johnson and her brothers and sisters, Frank White, Bob White, Donnie White, Clara Conway, Norma Bigham and Terry Helms. The arrangements are in care of Leavitt Funeral Home. Online condolences may be made at www.leavittfh.com
To order memorial trees or send flowers to the family in memory of Peggy White Graham, please visit our flower store.
Send a Sympathy Card