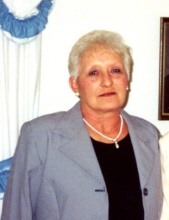 LILESVILLE Mrs. Peggy Gregory Pegram, 71, died Friday, May 18, 2018 at her home. Funeral services will be 3:00pm Monday, May 21, 2018 in the Chapel of Leavitt Funeral Home. Interment will follow in Anson Memorial Park. The family will greet friends one hour prior to the services and other times at the home. Peggy was born November 26, 1946 in Anson County, NC a daughter of the late Charles Julian Gregory and the late Evelyn Adams Gregory. She worked for many years in textiles and later helped her daughters with their children. Surviving are her daughters, Tina (Johnny) Lee of Ellerbe and Sandy (Todd) Stogner of Lilesville; her grandchildren, Taylor (Jeremy Bowers) Lee, Bryson (Brooke Wilson) Stogner and Logan (Karla Benitez) Lee; her great-grandchildren, Trenton and Cailee; her sister, Barbara Greene of Wadesboro; her sisters-in-law, Linda (Tootsie) Ratliff of Lilesville and Diane (Wayne) Marks of Albemarle and her nieces and nephews and their families. In addition to her parents, she was preceded in death by her husband, Ralph Preston Pegram and her brothers, Darrell Gregory and Charles "Buddy" Gregory, Jr. The arrangements are in care of Leavitt Funeral Home. Online condolences may be made at www.leavittfh.com
To order memorial trees or send flowers to the family in memory of Peggy Gregory Pegram, please visit our flower store.