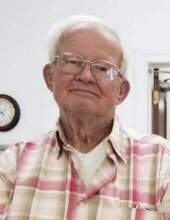 Lilesville - On Thursday, January 21, 2021, Senior Master Sergeant, Roy Alexander Goodwin,, "RA" 76, US Air Force Retired, passed away at the VA Hospital in Biloxi, MS. There will be a graveside service at 11:00 am Friday, January 29, 2021, at Lilesville Cemetery with Rev. Donnie Helms officiating. There will be an informal visitation on Thursday, January 28, 2021, from 5:00 pm until 6:30 pm at the funeral home. Due to the continued COVID-19 risks, we ask that you practice social distancing at all times and refrain from any physical contact. The family would like for all attending the service to please wear a face covering. R.A. was born April 24, 1944 in Suffolk, VA and was a son of the late Elmer Lamar Goodwin and the late Emma Gathings Goodwin. He graduate from Bowman High School in 1963 and following graduation he enlisted in the United States Air Force. His military career would span 28 years. During his years of service, he would be stationed in North Carolina, Alaska, and Mississippi. He served one year in Korea during peace time, the Vietnam War and Operation Dessert Shield in Kuwait. He retired at Keesler Air Force Base at the rank of Senior Master Sergeant. Following retirement from the Air Force, he owned and operated Goody's Auto Repair in Biloxi, MS and was still working up until a week before he became ill. Although he retired and lived in Biloxi, he still made annual trips back home to Lilesville. He would often visit "back home" to spend time with is parents and especially to help and care for his mother in her later years. R.A. always looked forward to the Goodwin Family Reunion every April at Olivet United Methodist Church. He enjoyed the time shared with his family and especially the "good eating" at the reunions and family gatherings at the farm. In the words of his children, "Dad was a special man." Those left to cherish his memory are his children, Kevin Goodwin (Brenda Cribb) of Morven and Donna Carter (Steve) of Wadesboro; his grandchildren, Jodie Goodwin (Alyssa) of Cheraw, SC, Christopher "Chrisco" Goodwin of Morven, Kadaysha Kostelnik of Wadesboro and Kyle Cribb of Columbia, SC; his great-grandchildren, Landon, Alaina, Addison and Caydence Goodwin and his brother and sisters, Lonnie Goodwin (Ellen) of Wadesboro, Emily Carpenter of Polkton and Cora Coile (Ross) of Kannapolis; his nieces and nephews and many other relatives and friends. In lieu of flowers, memorials may be made to the charity of one's choice. The arrangements are in care of Leavitt Funeral Home and online condolences may be made at www.leavittfh.com
To order memorial trees or send flowers to the family in memory of R. A. Goodwin, please visit our flower store.

Due to the continued COVID-19 risks, we ask that you practice social distancing at all times and refrain from any physical contact. The family would like for all attending the service to please wear a face covering.

Due to the continued COVID-19 risks, we ask that you practice social distancing at all times and refrain from any physical contact. The family would like for all attending the service to please wear a face covering.