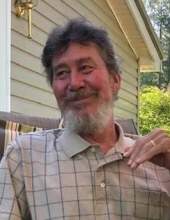 LILESVILLE – On Tuesday, August 18, 2020, Mr. Raymond Joel Polson, 63, passed away at his home with his family there with him. There will be a funeral service at 7:00pm Wednesday, August 19, 2020 in the Chapel of Leavitt Funeral Home with Rev. Rob Washington officiating. The family will greet friends at the funeral home Wednesday from 5:00pm until 7:00pm and other times at the home. Joel was born April 1, 1957 in Chesterfield County, SC and was a son of the late Raymond Polson and the late Shirley Crowley Polson. He was a graduate of Bowman High School and a self-employed carpenter. Those left to cherish his memories are his wife, Vicki Meachum Polson; his children, Joey Polson and Shannon Hubbard (William) both of Wadesboro, Kandi Hasty (Dale) of Peachland, Tina Johnson and Amber Johnson both of Wadesboro; his sister and brother, Vivian Gregory (Mike) of South Port and Jackie Polson (Angie) of Moven; 15 grandchildren, including Thomas and Joseph Polson of the home who are being raised as their children and 1 great-grandchild. In lieu of flowers, memorials may be made to Anson Community Hospice a division of Richmond County Hospice, 1119 US-1, Rockingham, NC 28379. The arrangements are in care of Leavitt Funeral Home. Online condolences may be made at www.leavittfh.com
To order memorial trees or send flowers to the family in memory of Raymond Joel Polson, please visit our flower store.

Social distancing, wearing masks and other COVID 19 precautions in effect.

Social distancing, wearing masks and other COVID 19 precautions in effect.