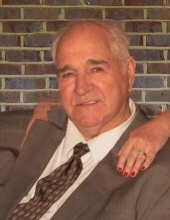 Wadesboro - Rev. Dr. Thomas Maynard Parrish, 81, of Chesterfield, SC and formerly of Wadesboro went home to be with his Lord and Savior on Friday, July 3, 2020 at his home. A Celebration of Life service will be held at 2:00PM Tuesday, July7th, at Leavitt Funeral Home. Interment will follow at Anson Memorial Park. The family will greet friends prior to the service beginning at 1:00PM. Tom was born in Anson County on May 7, 1939, a son of the late Lawrence and Ethel Deese Parrish. Soon after his graduation from local public schools, he joined the US Army. Tom enjoyed his military endeavors as he served overseas in Germany, Lebanon, and Korea and enjoyed success as an airborne infantryman, chaplain and recruiter. Tom retired as a Sergeant-First Class with 20 years of service. While in the military and following his military service, Tom continued his education. He received his BA degree from William Carey College in Hattiesburg, MS, followed by his Masters in Education and Education Specialist from Georgia Southern University in Statesboro, GA; and finally his PhD of Ministry from Bethany Theological Seminary in Dothan, AL. Tom served in several school systems as a school psychologist retiring with 20 years of service. In addition to his military and public school service, Tom served for 55 years as a bi-vocational pastor in the Free Will Baptist Church. For 20 of those years, Tom also wrote the Sunday school curriculum for the Freewill Baptist Press. Tom’s gifts were many but he had the special gift of pastoral care and loving people and the lives he has touched will be his legacy. Survivors include his wife, Jennie Freeman Simpson Parrish of the home; children, Tony Parrish (Kay), David Parrish (Betty), and R.L. Simpson (Rebecca); grandchildren, Matthew Parrish (Lauren), Stephanie Parrish, and Amy Tripp; and great-grandchildren, Landon, Madison, and Molly Parrish, Kenny Lucas, and Kayleigh Locust. Also surviving is a brother, Steve Parrish (Jackie). Tom was preceded in death by his first wife, Mary Curtis Parrish; a son, William “Bill” Parrish; two brothers, Robert Lawrence Parrish and Ralph Edward Parrish; and three sisters, Billie Parrish, Judy Parrish Cassidy, and Betty Parrish Harrington. The family suggests memorials be made to the Parrish Endowment, c/o Free Will Baptist Children’s Home, PO Box 249, Middlesex, NC 27557
To order memorial trees or send flowers to the family in memory of Rev. Dr. Thomas Maynard Parrish, please visit our flower store.
Send a Sympathy Card