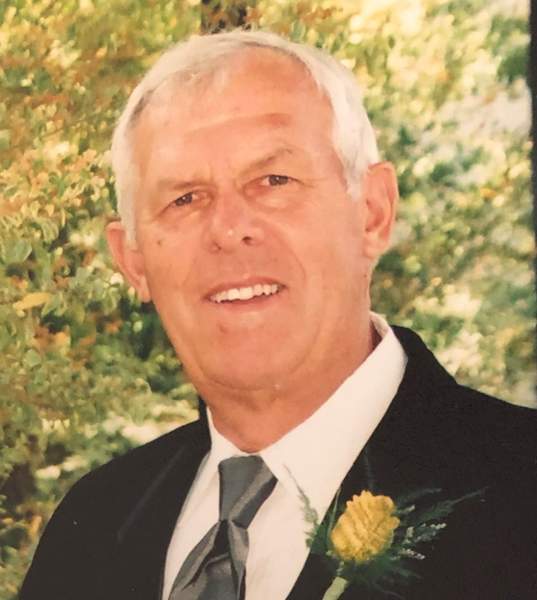 WADESBORO – On Sunday, March 20, 2022, Mr. Richard Carl “Dick” Porten, 79, passed away peacefully at Hospice Haven in Rockingham with his son and daughter-in-law by his bedside. His family is comforted that he is now reunited with the love of his life of 59 years, Joan Penird Porten.

There will be a memorial service at 12:00 pm Saturday, March 26, 2022, in the Chapel of Leavitt Funeral Home.  The family will greet friends one hour prior to the service on Saturday at the funeral home and other times at the home in the Deep Creek Community.

Dick was born June 17, 1942 in Auburn, NY, and was a son of the late George William Porten and the late Virginia Barnes Porten. He was a graduate of Auburn East High School and attended the University of Buffalo, where he played football.

Following time at the University of Buffalo, Dick worked with an accounting firm in Ithaca, NY. He got a taste for farming, when he worked with his uncle at his tree nursery near Owasko Lake, NY.  He and his wife, Joan, followed Dick’s ambition of farming and purchased a 100-acre farm in Ithaca where they shared a love for animals.

In 1973, Dick and Joan purchased a farm in the Deep Creek Community of Wadesboro and settled to have a successful and meaningful life together along with their children. His farming included row crops, cattle, hay and poultry.

Dick also worked with the North Carolina Department of Corrections and retired as a Lieutenant. Following his retirement, he taught classes for prison guards at South Piedmont Community College.

An avid outdoorsman, he enjoyed fishing and hunting. He also enjoyed trips to the beach and playing golf with his beloved wife.

Those left to cherish his memory are his children, Kelly Ourth (John)  of St. Louis, MO, Bill Porten (Becky) of Las Vegas, NV, and Jack Porten (Kristi) of Wadesboro; his grandchildren, Teddy Porten, Tess Porten and McKinley Porten; his brothers and sister, Jim Porten (Linda) of Montgomery, TX, Steve Porten (Shann) of Friday Harbor, WA, Debbie Ciani of Arizona, Gary Porten of Auburn, NY and Mike Porten of France and his nieces and nephews and their families. In addition to his parents and wife, he was preceded in death by his son, Matthew.

Dick’s family is most grateful to Pam and Steve Tarlton and Christine Mills for all their love and care shown to Dick that enabled him to stay at home and live independently until the end. Also, a special thank you to Grace Senior Center, Anson Community Hospice and Richmond County Hospice Haven and friends in the Deep Creek Community for all that has been done for him.

To order memorial trees or send flowers to the family in memory of Richard Carl "Dick" Porten, please visit our flower store.