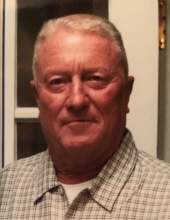 Mr. Robert A. Howell, age 85, passed away on Wednesday, September 30, while a patient at Hospice Haven in Rockingham. A service to celebrate his life will be held at 2:00PM Friday, October 2nd, at Mt. Zion Baptist Church in Lilesville with Rev. James Hodges officiating. Interment with military honors will follow at Anson Memorial Park. The family will greet friends at the church beginning at 1:00PM. Robert was born in Anson County on August 9, 1935, a son of the late Arthur Leander and Katie Smith Howell. He was a retired Technical Sergeant with the United States Air Force and had also worked several years for Carolina Wood Products and more recently for API Security at local waste management facilities. Survivors include two children, Wilma “Missy” Howell Harden (Jeff) of Lilesville and Robby Howell (Beth) of Wadesboro; one grandchild, Katelyn Howell; and three step-grandchildren, Hunter, Benjamin and Zachary Harden. In addition to his parents, Robert was preceded in death by his wife, Wilma Honeycutt Howell and a brother Joe Howell.
To order memorial trees or send flowers to the family in memory of Robert A. Howell, please visit our flower store.