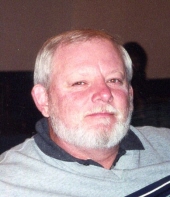 Mr. Robert Hart Burr, Jr., 70, passed peacefully away on Thursday, March 21, 2019, while at the Lake Park Nursing and Rehab Center. A memorial service to celebrate his life will be held on Monday at 4:00PM at Leavitt Funeral Home with Rev. Randy Storz and Rev. Charlie Short officiating. The family will greet friends prior to the service starting at 2:30PM and other times at the home, 4585 Hwy 109 N., Wadesboro. Interment will follow at Anson Memorial Park. Born in Anson county on November 27, 1948, Robert was a son of the late Robert Hart Burr and Evelyn Ricketts Burr. He learned early on about the value of work as he got his first job at the age of 10 working at the Hi-Lo Store on Rutherford Street in Wadesboro. He graduated in the last graduating class of Wadesboro High School, Class of 1967 and then joined the US Army. His first two years were spent teaching helicopter maintenance and repair in Maryland and his last year in Vietnam actually repairing helicopters himself. After returning to Anson County, Robert began work at Duff-Norton, now the Columbus-McKinnon Corp. Following his retirement there, he started his own construction company, Burr Construction, where he enjoyed building, re-modeling, and repairing houses whatever job needed a carpenter, Robert was up to the task. He particularly enjoyed a good relationship with Larry and Max Kendall over the years. Robert was a wonderful family man who was best known as a fun-loving prankster who had nicknames for all his grandchildren and nieces and nephews. When he wasnt working, he enjoyed fishing and cooking. Rather than traveling, Robert enjoyed having family and friends over for huge meals because it seemed he really didnt understand what "a little food" meant. Survivors include his wife of fifty years, Helen Short Burr of the home; a son, Robert Hart "Bobby" Burr, III (Evonne) of Polkton; a daughter, Tracy Beyonka Burr of Wadesboro; and two grandchildren, Kayla Marie Burr (fiance Max Moallen) of Charlotte and Robert Coleman Burr of Polkton. Also surviving are two sisters, Grace Griffin of Wadesboro and Joyce Deese of Wadesboro; and many nieces and nephews. In addition to his parents, Robert was preceded in death by a brother, William "Billy" Burr. The family suggests memorials be made to Down Syndrome Association of Greater Charlotte, 3900 Park Rd., Suite C, Charlotte, NC 28209 (online at www.dsagreatercharlotte.org/donate/ ); or to Lake Park Nursing and Rehab Center, 3315 Faith Church Rd, Indian Trail, NC 28079.
To order memorial trees or send flowers to the family in memory of Robert Hart Burr, Jr., please visit our flower store.