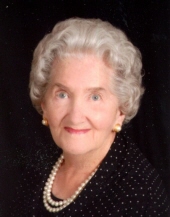 Mrs. Edna Rowena Rorie Tarlton, of Wadesboro, passed away on July 9, 2018, at the Haven Hospice House in Rockingham, NC. Rowena was born on March 17, 1923, at her family home in Lilesville, NC. She was the daughter of Willie Talmage Rorie, Sr., and Edna Gaddy Rorie. She was married to the late Ward G. Tarlton, Sr., on June 29, 1947. They had been married for over sixty years at the time of his death in 2008. Rowena grew up on the farm during the Great Depression. As a very active 4-H member, and with the guidance of her mother, she learned how to do everything. Those skills served her well as a wife, mother, homemaker and friend. Rowena was a talented seamstress who made clothing for her family and items for her home. She loved gardening and grew fruits and vegetables for cooking, canning, and freezing, and flowers for their beauty. Rowena was an excellent cook, noted for her cakes, cookies, pickles, jams and jellies, which she loved to share. She was well known for her special sour dough bread that she often baked for church communion, and to give away to family and friends. Rowena gave up her work at Ballet Hosiery-Burlington Industries to raise her family. She returned to work in 1969 to help send her children to college. She worked at Graphic Knits, a dream job for her handling fabric, garments, patterns and sewing notions. Upon the relocation and closing of that business, she found her calling. Rowena worked in the Anson County School System as a substitute, tutor, and teaching assistant until the age of seventy. After retiring, she continued to volunteer until she was eighty! In 2005, she was awarded the volunteer of the year for Wadesboro Primary School. Rowena also touched childrens lives as a Cub Scout Den Mother, Girl Scout Leader, Grade Mother, and band trip chaperone. Rowena was a member of the First United Methodist Church, Wadesboro, where she served in many capacities. She was a member of the United Methodist Women, a Methodist Youth Fellowship leader, Bible School teacher, bereaved meal group chairperson, and Thursdays Child helper. Rowenas greatest contribution and joy was teaching Sunday school in the childrens division for sixty years. She delighted in the fact that she had taught two and three generations of the same family. No matter how old her former students were, they were still her "church children" and she never stopped caring or praying. She is survived by her son, Ward Tarlton, Jr., and his wife, Darlene, of Oxford, NC; daughter, Barbara Tarlton of Wadesboro; daughter, Linda T. Englert, and husband, Carl, of Fletcher, NC; a grandson, Gerald Tarlton and wife, Jean, of Durham, NC; and granddaughter, Lindsay T. Satterwhite and husband, Vince, of Stem, NC. One of the brightest lights in her life was the birth of her great-granddaughter, Avery Rose Satterwhite, who declared that "she is not old grandma, she is New Grandma!" Rowena is also survived by her sister, Mary R. Daniels and husband, Jim, of Clinton, SC; a sister-in-law, Odessa Brown of Surfside Beach, SC; and many special nieces and nephews. Rowena was preceded in death by her parents, her husband, her sister, Juanita Pippin of Rockingham, and her brother, W. T. Rorie, Jr. of Lilesville. The family wants to thank their Kindred at Home therapist and nursed, especially Ben, Brandy, Karen, and Tommy, for helping Rowena to keep going and be the best that she could be over the last ten years. We also thank Dr. Lindsey Johnson and the Union Family Practice for their expertise and compassion. Funeral services will be held at 2:00PM Thursday in Wadesboros First United Methodist Church with Rev. Sarah Kalish officiating. Interment will follow in Anson Memorial Park. The family will greet friends on Wednesday evening from 6:00 until 7:30PM at Leavitt Funeral Home. Memorials may be made to First United Methodist Church, 118 E. Morgan Street, Wadesboro, NC 28170.
To order memorial trees or send flowers to the family in memory of Rowena Rorie Tarlton, please visit our flower store.