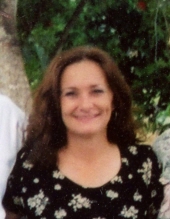 Wadesboro - Mrs. Sherill 'Sheri' Taylor Williams, 56, passed away Monday, October 7, 2019 at her home, after a brave and courageous battle with cancer. She was born September 25, 1963 in Union County, NC, a daughter of Joyce Ann Williams Taylor and the late William Sherill Taylor. Sheri was also proceeded in death by her daughter Shana Starnes and a brother William Todd Taylor. Sheri was a dedicated mother first and foremost. She treasured her children and embraced every moment with them. She especially loved her role as "Mama/Ma". She had a vivacious personality and a heart of gold. Sheri was also a jack of all trades and could do anything, from home renovations to window tinting. She previously worked for Square D in Monroe, and Shoneys as a dining room supervisor, and in the last years of her life she was a home maker, caring for her children and mother. Sheri is remembered for her contagious smile and heart of gold. Surviving are her husband of the home, Michael Anthony Williams; her daughter, Britney Smith; her grandchildren Addison Smith, Aiden Smith, Karter Bennett all of Wadesboro, Erica McMahan of Mint Hill and Logan McMahan of Pageland; her mother, Joyce Taylor of Wadesboro; her brother, William Richard Taylor; her aunts and uncles, Linda Keziah, Patti Williams, Tommy Williams, Steve (Doris) Williams, and Karen (Alan) Whitley. There will be a memorial service at 3:00pm Thursday, October 10, 2019 at El Bethel Baptist Church in Wadesboro with Rev. Rob Washington officiating.
To order memorial trees or send flowers to the family in memory of Sherill Taylor Sheri Williams, please visit our flower store.
Send a Sympathy Card