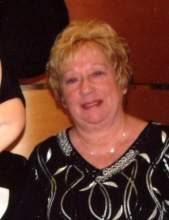 WADESBORO Mrs. Miriam "Sissy" Gray Hendley, 68, peacefully went to be with the Lord following a courageous battle against pancreatitis. A service to celebrate Sissys life will be 11:00am, Wednesday, October 10, 2018 at First United Methodist Church, Wadesboro with Rev. Dr. Sarah Kalish officiating. Interment will follow in Eastview Cemetery. The family will greet friends from 5:00pm until 7:00pm Tuesday, October 9, 2018 at Leavitt Funeral Home and other times at the home. Sissy was born February 2, 1950 in Anson County, NC a daughter of the late John Edgar Gray, Jr. and the late Miriam Beachum Gray. In addition to her parents, her brother, John Edgar Gray, III preceded her in death. She was a 1968 graduate of Wadesboro High School and attended Brevard College. She was a devoted housewife and homemaker, providing a loving home and family life for her husband, children and grandchildren. She was an avid bridge player and a member of the Wadesboro Prayer Shawl Ministry. A crafty person, she enjoyed decorating her home for all seasons and especially enjoyed a Flamingo Christmas Tree. Sissy loved being outdoors, working with her flowers and making certain the birds and hummingbirds were fed. She enjoyed time spent with her family and friends at the beach and attending Christmas craft shows. Among the highlights of her life, was going on Disney Cruises with her family. She was a great cook and would often share treats with her friends, particularly on special occasions and holidays. Her children and grandchildren will always remember her support of them during school activities and being involved in the classroom and volunteering to help out where she was needed. Sissy was a life-long member of First United Methodist Church, Wadesboro and was active among the churchs ministries. She was instrumental in the Through the Week School for preschool aged children. Surviving are her husband, of 47 years, Walter Ross Hendley; her daughters and son-in-law, Lara Hendley Preslar and Brent of Ansonville and Sarah Hendley of Wadesboro; and her grandchildren, who she adored, Grayson Preslar, Meredith Preslar and Palmer Hendley. Sissys family wishes to express their heartfelt gratitude to the staff of Wadesboro Health and Rehab, formerly, Ambassador, in Wadesboro for the remarkable way in which they cared for her and her family. In lieu of flowers, memorials may be made to First United Methodist Church, 118 E. Morgan St., Wadesboro, NC 28170 or to the Bearcat Athletic Support Foundation, Inc., P.O. Box 121, Wadesboro, NC 28170. The arrangements are in care of Leavitt Funeral Home. Online condolences may be made at www.leavittfh.com
To order memorial trees or send flowers to the family in memory of Sissy Gray Hendley, please visit our flower store.