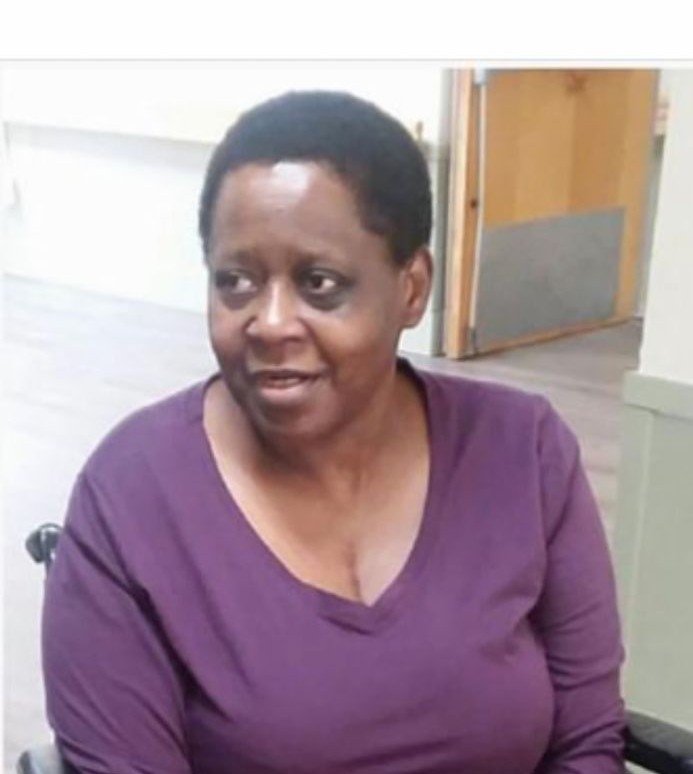 I have fought a good fight, I have finished my course, I have kept the faith:  Henceforth there is laid up for me a crown of righteousness, which the Lord, the righteous judge, shall give me at that day: and not to me only, but unto all them also that love his appearing. II Timonthy4:7-8

Teresa Ingram Hinson was born November 9, 1962, in Anson County to the late Weldon and Catherine Allen Ingram. She was known to many as “Hongal”, a nickname she was given at a very young age. She peacefully departed her life on Tuesday, February 1, 2022, at Anson Health and Rehab in Wadesboro.

She was united in holy matrimony to Phillip Hinson. They did not have any children, but she played a role in the lives of her nieces and nephews.

Left to cherish her memories are her husband, Phillip Hinson; her brothers, James (Flossie) Ingram and Lee Anthony Jones both of High Point, Wayne (Regina) Ingram and Anthony Ingram both of Wadesboro and Weldon Ingram, Jr. of New York; her sisters, Betty Ingram of Wadesboro and Connie Walker Ingram of Goldsboro; very special friends who were like sisters to her, Betty Hall of Polkton and Lillie Smith of Wadesboro; her sisters-in-law, Gwen Little of Monroe and Vickie Pettway of Winston-Salem; her brothers-in-law, Lenard Hinson and Clint (Cheryl) Hinson both of Polkton and her nieces and nephews and their families, as well as, her aunts and uncles, cousins and friends.

To order memorial trees or send flowers to the family in memory of Teresa Ingram Hinson, please visit our flower store.
Send a Sympathy Card