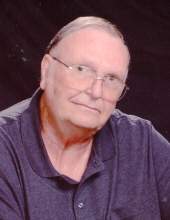 LILESVILLE – Mr. Terry Lee Hunsucker, 79, died Saturday, February 29, 2020 at Atrium Health Union in Monroe, NC. Funeral services will be 11:00am Thursday, March 5, 2020 at Deep Creek Baptist Church with Rev. Mark Perko officiating. Interment will follow in the church cemetery. The family will greet friends from 6:00pm until 8:00pm Wednesday, March 4, 2020 at Leavitt Funeral Home and other times at the home. Terry was born September 1, 1940 in Williston, FL, a son of the late Archiball Alexander Hunsucker and Elizabeth Roberta Merritt Hunsucker. He was a 1957 graduate of Lilesville High School, a veteran of the United States Air Force and was retired from Tampa Electric in Tampa, FL. Surviving are his wife of 40 years, Nancy Rimes Hunsucker; his children, Theresa Hunsucker Edwards of Lilesville, Lynn Pierre (David) of Wadesboro and Horace Conley of Conway, AR; his grandchildren, John Folts, Tristen Edwards and Tyler Blackenship and his great-granddaughter, Mari-Ann Cecilia Rea Blankenship. In addition to his parents, he was preceded in death by a son, Bobby Rimes, a grandson, Michael Lee Folts and his brothers and sister, Stonewall Hunsucker, Vernon Hunsucker and Sylvia Tysenn. In lieu of flowers, memorials may be made to Deep Creek Baptist Church, Building Fund, 3245 Deep Creek Rd, Wadesboro, NC 28170. The arrangements are in care of Leavitt Funeral Home. Online condolences may be made at www.leavittfh.com
To order memorial trees or send flowers to the family in memory of Terry Lee Hunsucker, please visit our flower store.