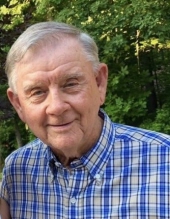 WADESBORO Mr. Thomas Allen McRae, III, 79, peacefully died Thursday, February 28, 2019 at Anson Health and Rehab in Wadesboro. Funeral services will be 11:00am Saturday, March 2, 2019 at First Baptist Church, Wadesboro with Dr. Fred Senter officiating. Interment will follow in Eastview Cemetery. The family will greet friends during an informal visitation beginning at 10:00am Saturday at the church until time for the service. Tom was born September 6, 1939 in Anson County, NC a son of the late Thomas Allen McRae, Jr. and the late Ruth Tyson McRae. He was a graduate of Lilesville High School, a lifelong farmer and member of First Baptist Church, Wadesboro. Surviving are his wife, Joann Hildreth McRae; his children, Dean McRae (Paul Furr) of Norwood, Lynn Turner (Paul) of Wadesboro, Bryan McRae of Charlotte and Dale McRae of Wadesboro; his grandchildren, Cole McRae, Morgan McRae, Paul Tuner, III (Rebecca), Mariah Turner Scott (Kyle), Kathryn McRae and Alan Dale McRae and his great-grandchildren, Khi McRae, Noah Turner and Mia Scott. Also surviving are the members of the Surratte family, Margaret Beaver of Charlotte, Wayne Surratte (Hazel) of Monroe, Warren Surratte (Betty) of Cheraw, SC, Vivian Maree (Claude) and Sara Smith both of Wadesboro. In addition to his parents, he was preceded in death by his wife, Janice Surratte McRae and an infant son. The family would like to express their sincere appreciation to Cathy McLaurin, Toms caregiver for the way in which she cared for him and to the Staff of Anson Health and Rehab, as well as, Anson Community Hospice. In lieu of flowers, memorials may be made to First Baptist Church, P.O. Box 423, Wadesboro, NC 28170 or to Anson Community Hospice, c/o Richmond County Hospice, 1119 US-1, Rockingham, NC 28379. The arrangements are in care of Leavitt Funeral Home. Online condolences may be made at www.leavittfh.com
To order memorial trees or send flowers to the family in memory of Thomas Allen McRae, III, please visit our flower store.