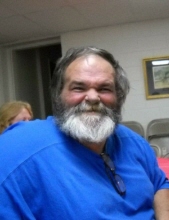 Morven - Mr. Thomas Carroll 'Tommy' Murdock, 60, died Wednesday, July 4, 2018 at Carolinas Medical Center Union in Monroe. There will be a memorial service at 4:00pm Sunday, July 8, 2018 at Calvary Baptist Church with Rev. Barry Gerald officiating. The family will greet friends one hour prior to the service. Tommy was born September 24, 1957 in Anson County, NC a son of the late Thomas Lawrence Murdock and the late Anna Baker Murdock. He worked for a number of years as a concrete truck driver. He was a member of Calvary Baptist Church and service in the National Guard. Surviving are his wife, Tammy Gulledge Murdock; his sons,T.C. Murdock, Jr. of Wadesboro and Randy Murdock, and fiance, Mindy Pike of Peachland; his grandchildren, Carter Murdok and Kayden Murdock both of Wadesboro, Gracin Pike, Zoey Murdock and Clayton Murdock all of Peachland; his brother, Donald Murdock and wife, Mary of Ellerbe; his devoted dog, Roxie; and his aunts and uncles and other relatives. The arrangements are in care of Leavitt Funeral Home. Online condolences may be made at www.leavittfh.com
To order memorial trees or send flowers to the family in memory of Thomas Carroll Murdock, please visit our flower store.