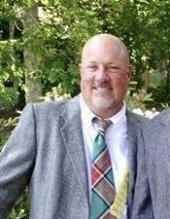 WAXHAW Mr. Benjamin Timothy Stone, 52, passed away unexpectedly Friday morning, December 28, 2018 at his home. Funeral services will be 2:30pm Tuesday, January 1, 2019 at First Presbyterian Church, Monroe with Rev. Jason Haas officiating. Interment will follow in Eastview Cemetery in Wadesboro. The family will greet friends from 1:00pm until 2:30pm Tuesday at the church prior to the service and other times at the home. Tim was born January 5, 1966 in Charlottesville, VA and was a son of Merle Holaday Stone and the late Dr. Harry Benjamin Stone, III. He was a graduate of New Bern Senior High School, class of 1984 and attended Appalachian State University. When Tim was 5 years old, his family moved to New Bern and enjoyed spending time at the coast and summers at Camp Morehead sailing camp. He was employed with the North Carolina Department of Transportation as a Journeyman Inspector with 23 years of service and was a member of First Presbyterian Church in Monroe. Tim was very proud of his Scottish ancestry and particularly enjoyed time spent with his family who were members of the Scottish Clan Pollock. These times were especially dear to Tim, as it meant, being with his parents, his wife and children, as well as, his large extended family. The Clan Pollock often made family trips to participate in the Highland Games at Grandfather Mountain and Loch Norman. He will be remembered for his devotion to his family as a loving husband, father, and caregiver for his mother and friend to all. Tims wry sense of humor was always good-natured and fun. He kept smiles on the faces of all who spent time with him. Surviving are his wife of 25 years, Kelly Pope Stone; his children, Wilson Stone and Caroline Stone all of the home; his mother, Merle Stone of Waxhaw; his brothers, Harry Stone of Apex and Mike Stone and wife, Jamelyn Trucks of New Orleans, LA; his nephew, Maxwell Stone of New Orleans, LA; mother-in-law, Frances Brock Pope of Wadesboro; his father-in-law, Jerry Pope and wife, Betty of Polkton; his familys devoted pups, Ralphie and Delilah; and an extended family of aunts, uncles and cousins, all of whom he held very dear to his heart. In addition to his father, he was preceded in death by his grandparents, Dr. and Mrs. Harry B. Stone, Jr. and Mr. and Mrs. Charles Holaday. In lieu of flowers, the family suggests memorial contributions be made to First Presbyterian Church, Youth Ministry, 302 E. Windsor St., Monroe, NC 28110. One of Tims cousins shared, "There are few truly great people in the world; someone who can fill a room with their personality and someone who can find the love and humor in any situation, this was Tim Stone." As a testament to his larger than life personality it would honor him if those who loved him would share a smile with someone who needs encouragement. The arrangements are in care of Leavitt Funeral Home. Online condolences may be made at www.leavittfh.com
To order memorial trees or send flowers to the family in memory of Tim Stone, please visit our flower store.