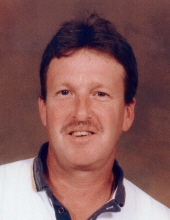 POLKTON – Mr. Timothy Wayne Davis, 60, died Sunday, November 1, 2020. The family will greet friends from 1:00pm until 3:00 pm Saturday, November 7, 2020 at Leavitt Funeral Home. Graveside services will be private. Tim was born on October 9 1960 in Anson County, NC, and was a son of the late James Ted Davis and the late Norma Hyatt Davis. He was a 1978 graduate of Bowman High School and was employed with Precision Piping. Those left to cherish his memory are his children, Dustin Davis of Cheraw, SC and Shannon Weil (Damien) of Marshville and their mother, Melissa Martin; his grandson, Cameron Weil and a granddaughter on the way, Everly Weil and his brother, Ricky Davis of Wadesboro. In addition to his parents, he was preceded in death by his brother, Jimmy Davis and by his grandparents, Elsie and Jim Davis and Norma and Fred Hyatt. The arrangements are in the care of Leavitt Funeral Home. Online condolences may be made at www.leavittfh.com
To order memorial trees or send flowers to the family in memory of Timothy Wayne Davis, please visit our flower store.
Send a Sympathy Card