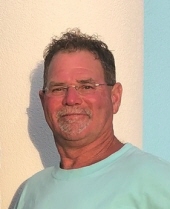 Mr. Travis Scott Matthews, 52, of Ansonville, died Saturday, September 22, 2018, at his home. Funeral services will be 3:00PM Thursday, September 27th, at Leavitt Funeral Home in Wadesboro, NC. Interment will follow in the Mt. Vernon UMC Cemetery. The family will greet friends prior to the service beginning at 1:30PM. Travis was born in Dunn, NC, on March 18, 1966, a son of Royster E. Matthews and Diane Holmes Matthews. He had worked as a correctional officer for Central Prison in Raleigh and more recently as a grounds supervisor with the Harnett Correctional Institution in Lillington, NC. Travis was an avid outdoorsman who enjoyed hunting, fishing, camping and gardening. He was a family first guy and could fix most anything that was broken. He loved the Christmas season and was always anxious to begin decorating the house. Travis loved helping others and as the ultimate conversation starter, never met a stranger. Survivors include his wife of 13 years, Regina Pope Matthews of the home; two sons, Dylan Matthews of Benson and Harlee Matthews of the home; two step-daughters, Brittany Carpenter of Concord and Amanda Carpenter of the home; and one grandson, Brycen Jacobs. Also surviving are his parents, Roy and Diane Matthews of Dunn; one brother, Graig Matthews of Dunn; a very close friend, Timmy Lee of Benson; his father-in-law and mother-in-law, Dave and Gail Pope of Ansonville; a brother-in-law, David Pope, Jr. of Ansonville; his nieces; and many other uncles, aunts, cousins and friends.
To order memorial trees or send flowers to the family in memory of Travis Scott Matthews, please visit our flower store.