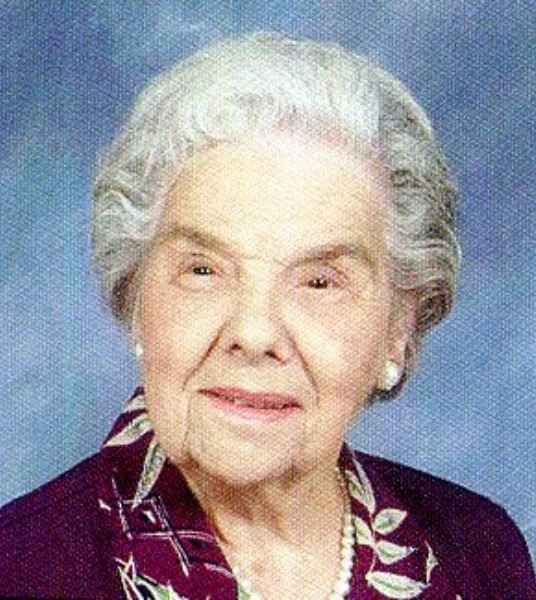 Please note the service location has been changed to the Chapel of First Baptist Church on Lee Avenue in Wadesboro.

Funeral services will be 3:00 pm Saturday, February 19, 2022, in the Chapel of First Baptist Church, Wadesboro with her nephew, Rev. Dr. Phil McRae officiating. Entombment will follow in Anson Memorial Park.

The family will greet friends one hour prior to the service.

Wilbert Mae was born April 6, 1916, in Anson County, NC and was the daughter of the late Wilbert Richard Walker and the late Corrie Mae Hinson Walker. She was a homemaker and long-time member of the First Baptist Church in Wadesboro.

Those left to cherish her memory are her son and daughter-in-law, Steve and Anne Teal of Hamilton, OH; her grandchildren, Brad Teal of Northern Kentucky, Cheryl Davis and husband, Jason of Liberty Township, OH and Wynn Teal of Raleigh; her great-grandson, Andrew Hannah, and her nieces and nephews and their families.

In addition to her parents, she was preceded in death by her husband, Howard Dunlap Teal; her son, Johnny Teal and her brothers and sisters, A.J. McRae, Johnny McRae, Bobby McRae, Leila Darden, Nellie Brown, Ellen James and Rena Bowman.

To order memorial trees or send flowers to the family in memory of Wilbert Mae Walker Teal, please visit our flower store.
Send a Sympathy Card